Google-branded tablet with a 7" screen. The device needs only prying tools and screwdrivers to fix. Model number: ME370T. 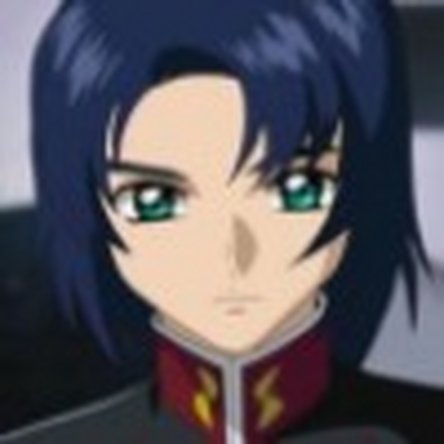 Replacing only the digitizer for cracked screen

I've had my nexus 7 very recently. on the fourth day I bought it I got it out of my pocket and I found a crack on the screen. now the outer glass is cracked and the upper area of the screen is not responding to the touch. although all of the screen is still displaying stuff normally.

as you expect this is quite annoying since I keep rotating my tablet around to get to parts of the display :-D

now I've found digitizers being sold separately (without an LCD) on eBay for 72$. and since I live in Egypt I'll have it shipped from China and try fixing it here.

some people said I should get a used one or get a whole screen for easy replacement (LCD+ digitizer).. but I really can't afford this option.

my question is this. how doable is this? and how can I replace the digitizer and leave the LCD intact?

I Have the same problem with my Asus fonepad You eventually solve this problem ?

I looking forward for early response.

Same here . If anyone has the solution to fixing only digitizer on nexus 7 2013,please mail me pritamrockon@gmail.com

You might want to take a look at How can I separate the glass and LCD display? here on iFixit.

It can be done. For the phones,there are procedures using a thin card. But its very very difficult,or rather it requires a great deal of skill. In fact,its more of an art. To do it requires you to have destroyed dozens of screens. You have to do it perfectly. The glass on the front of the LCD is very very thin,like a 64th of an inch or so. Virtually ANY pressure will shatter it. Even if your good at it,figure 50/50. If your not,your almost certain to destroy the screen.

The answer of course is,locate the screen you want to buy. Then before you buy it,if you really feel you can do it,give it a shot. However,you almost certainly WILL destroy the screen. And its NOT that you have nothing to lose. The reason is,there's some guy out there that thought the same thing. He bought the digitizer first,then tried to separate the screen and broke it. Throwing good money after bad,he will go up to ebay and buy a screen with a broken digitizer and try again. He might do it twice before he gives up in disgust and either buys a assembled module,finds a LCD without a digitizer to buy or throws the tablet away. There is also a way to do it that commercial shops use which I will explain in a moment. What that means is,your broken screen still has some value in it to someone. I dont know about the tablets,but but a lcd module from a Nexus 4 (phone) goes for 20-40 dollars on ebay. A digitizer goes for 40. The entire module goes for 100. Bare LCDs don't seem to be available. Rather than trying to save 20 dollars,your better off putting your broken one up on ebay and buying a good one and letting someone else take the risk.

The technique people try is to heat the screen with a hair drier,then use a business card to separate the screen. A packet from a nicotine patch is better as its thinner and stiffer. However,there are two problems,those are both quite thick compared to the adhesive,so they put a lot of stress on the LCD. The second problem is,your digitizer is broken,probably in shards. When you get near the end of the shard,you have a big lever,with a tiny sharp point. If you lift the end of that in the slightest,that sharp point shatters the screen. It might help if you used a piece of adhesive transfer tape to bond the screen to a piece of glass. (it would have to be very ridged) Then again,it might force the LCD to flex instead of the digitizer and break it that way.

I thought I might find a solvent the panel can tolerate that the adhesive cannot. So I took an old cracked LCD,and bonded a broken digitizer to it with a similar adhesive. I then soaked. It worked perfectly. The screen came right off and the cracked LCD displayed just like it did before (broken of course,but no worse). So I tried it with a nexus 4 screen. The digitizer came right off. But so did all the layers of the LCD panel and the ribbon cable that was stuck on with an anisotropic adhesive. And there is no way to know until you try,unless you knew which adhesives the panel was made with. So thats not a viable way either.

The digitizers themselves are actually a plastic sheet that's stuck to the front glass with adhesive. I thought I might be able to get that off and proceed from there. The idea was to use a very very careful application of solvent such as hexane or lighter fluid to separate the plastic digitizer from the glass. The residual adhesive could then be removed and then if the digitizer itself was still good,a 12 dollar glass front instead of the 40 dollar digitizer or 100 dollar lcd digitizer assembly could be installed. The hope was the plastic digitizer would help protect the lcd from the harshest step of forcing the packet between the front glass and the LCD. If the digitizer was not working,my thought was that I could then use a 5uL syringe to apply a tiny amount of solvent at the edge of the LCD. At that point it would be very carefully peeling the plastic digitizer off the LCD panel. The idea was that I would apply very gentle pressure and as the plastic digitizer peels away where I have dissolved the solvent I would keep adding solvent along that edge with the syringe.

Many solvents can damage the panel though,so I tried to be careful. On the lower edge,I used by finger nail to pry up a half millimeter of the plastic digitizer,which is about a centimeter from the from the lcd.I then soaked a q tip in hexane and ran it along the edge. Capillary action sucked in the solvent. I left it for 5 minutes then ran packet from a nicotine patch through it,removing about another millimeter of adhesive. I repeated that process again and again. It seemed to work well and I was into the panel about an inch with no problems. But then one of those shards of glass levered up a but and shattered the panel. Once again,its a technique that looks workable,but requires such precision and skill that it is not practical. As before,bonding it to a piece of glass might help. But maybe not.

Some repair shops have a device called an LCD panel separator. Its a devices that uses a very very think molybdenum wire. You mount the panel on the machine,then it draws that wire between the two cutting the adhesive. Molybdenum wire is extremely strong (tungsten wire is available as well and is half again as strong,but more expensive and overkill for the application) In fact,its astoundingly strong. If you tried you wrap it around your finger and pull it till it breaks like you can a copper wire of that size,you would cause serious injury to your hand from the wire cutting down to the bone. (It wouldn't surprise me if you could take off a finger with enough force.)

What Im trying now is to make a panel separator. Ive got 100' of 0.08mm molybdenum wire and Im going to fabricate something and see if I can make it work. My concept is that I will mount the panel to the device with adhesive tape,adjust everything so its the right height and have some sort of motor to draw the wire between the frame. This one Im very optimistic about. If it works,then Ill be able to fix these things. If not,I give up.

But that should give you the idea of just how hard it is. It CAN be done without the specialized equipment,but its an art form that,even with an individual that has had the opportunity to practice and practice,is hit or miss.

There IS a way to separate the screen though,without the

Excellent info. There must be soem way that these PROS seperate the digitizer and LCD because when I was in China and my S3 Digitizer was cracked due to a drop, they quoted me about 1/4 the price then if my LCD also had to shatter. The Galaxy S3 digitizer and LCD are also fused together. One technician said that they send these used units in and they get the LCD panels reused.

It is impossible to replace just the digitizer screen it is amoled to the LCD with surgical adhesive and cannot be separated.It is easier to replace both as one complete assembly around £75 - £85 on ebay

Both links are broken.

Ive done this now several times successfully, Although I would suggest buying the lcd/digitizer assembly as 1 unit. It is very tedious, frustrating work and the glass

shards are very difficult to clean up - if you have kids don't do it.

If its the only tablet you have, save yourself the headache and spend the money.

fee-bay has them listed for ~$50 USD free ship from China.

Its totaly an art to take the screen from the digitizer (1st gen 2012 Nexus7). But I found out a trick.

But also in end I broke my good sceen. to bad it could work as a digital fotobook (you can use a mouse with an USB-OTG stick)

Here is what I foud out:

The surgical adhesive (glue-tape) is only sticking well on the digitzer. not to well on the plastic. The Screen only sticks a bit on the edges. I tryed it without heat, worked well! the big different is, you want to grap the tape between plastic and digitizer (I have done it with a realy small screwdriver (flat ;-) !) and pull it out to the side of the frame.

You can image it like a magnet on a metalplate. Dont try to pull it, you have to sweep it to the side over the edge of the metalplate.

there is no need to take a string all the way throu the display and end up with the glue on the screen. If you like to take the way with string (like in other forums / users) remember, the glue-tape is only behind the plastic, so stopp before the screen starts.

I have an Asus Nexus 7 2nd gen with a broken glass. I ordered what I thought was the glass. Turns out it's the digitizer. I just ordered the glass. How do I attach the digitizer to the glass?

lt will heat to about 70c

the whole process is done on the tray