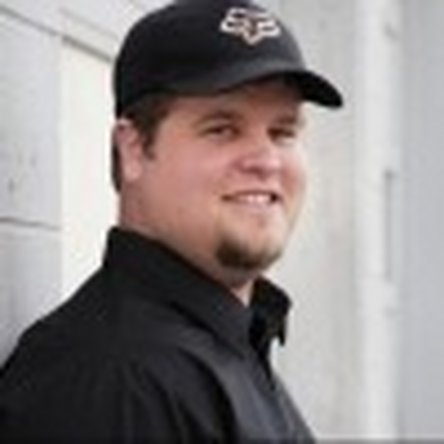 Backlight keeps going out randomly during use.

The backlight randomly goes off during use. If I hold a light up to the display, I can still see the picture. The fans are not running higher than normal and from what I can tell, the temperatures are not unusual (see screenshot below). The LCD proximity temperature has reached 105 degrees, but it shuts off at any temperature below that as well. I have checked the energy, backlight, and screensaver settings. I've even disabled sleep and the screensaver just to help troubleshoot. I've reset the SMC and PRAM multiple times. There are no diagnostic LED's that I can find on this model of iMac, so that doesn't help. The 3 things that I tend to suspect are the Backlight Board, the display itself, and the Power Board. I consider my most likely suspect the Backlight Board, but I'm just struggling to be convinced of any of them.

I have researched and read a number of answers/articles on iFixit and elsewhere trying to find a solution to this problem. I'm trying to narrow down the culprit without spending a ton of money on parts that may or may not be bad. From what I've read, no one has really found a true solution. One "workaround" was to lower the brightness, but this is for a client and I want to fix it rather than simply provide a workaround that doesn't truly resolve the issue.

The reason I'm asking a question is because I'm having a hard time figuring out exactly which part is most likely defective. The Backlight Board would be the least expensive fix, but I've read multiple times where that doesn't resolve the issue. I've also read about people replacing the LCD and it not resolving the issue either. I thought I would put it out there and see if some more experienced people might have some thoughts about which device is most likely the issue. If at all possible, I'd like to avoid buying one part, testing it, finding out it's not the issue, then moving on to the next one.

Any thoughts and suggestions are welcome. Thank you!

BTW, this iFixit Q&A most closely reflects my issue and it did not resolve my issue: http://goo.gl/CfeM8I 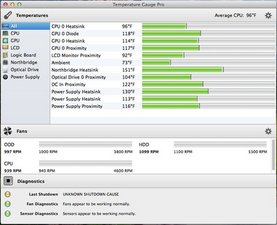 Curtis, this "was to lower the brightness" sounds like a backlight board issue

Thank you. I appreciate the confirmation. That was the part I was going to start with. I will go ahead and order one.

I don't know if you can still help me with this, or point me in the right direction, but we replaced the backlight board as well as the vertical sync and LVDS cables (previous techs she took computer to were careless and ruined them) and it worked perfect for a week. Then, it started having the same issue again. If I keep the brightness at about "5" then I don't have any issues with the screen shutting off. However, if I increase the brightness, it sometimes will shut off immediately. Did I possibly get a defective LED Backlight Board? Or could there be something causing the board to go out that I need to replace as well? Any help would be GREATLY appreciated. Thank you.

Any Luck with fixing this? I have the same issue :(

Unfortunately not. I have replaced the LED Backlight Board twice. The second time, I also replaced the Power Board at the suggestion of the vendor I purchased the LED Backlight Board from. At this point, my only assumption is that it has to be the backlight in the LCD itself, which as far as I know means buying a whole new LCD panel. What's weird is that if I put the iMac to sleep by Command+Option+Eject and wake it up right away it works just fine for a while. But, until I can afford a new/refurbished LCD panel, I'm going to keep working with it at the 4-5 brightness level, which seems to work 99% of the time. If you find anything else helpful, please share it as I'm still needing to fix mine. Blessings!