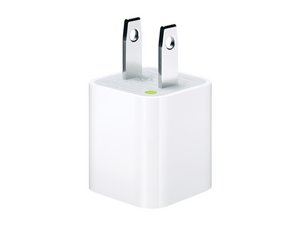 Featuring an ultracompact design, this power adapter offers fast, efficient charging at home, in the office, or on the go. It works with any iPhone, iPad mini, or iPod model. 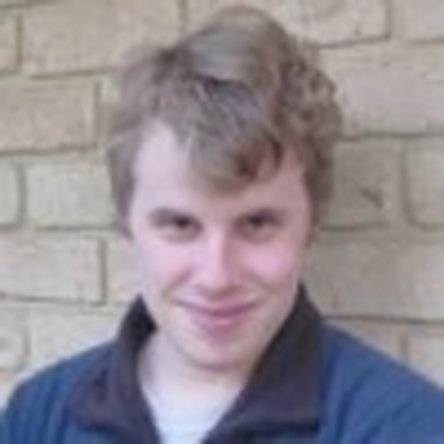 USB Adapter isn't working; how to open it?

I received an Apple USB Power Adapter with my iPhone 3G (http://store.apple.com/au/product/MB051X... ), but it's since never worked for me.

I've tried plugging my iPhone, iPod and iPad into this adapter, but none of them have acknowledged being plugged in at all.

I'd sadly left this too late so it's out of warranty now.

As a bit of experience, I was thinking about opening the adapter myself and trying to get it working.

So I was wondering if anyone else has actually done this before and if there is a best way of going about it?

Failing that, I can easily take it to an eWaste disposal facility.

There's really nothing user fixable in the adapter. It's almost impossible to open without tearing it up. Here's a repair on one you can look at to determine if this is something you want to tackle: http://www.instructables.com/id/MacBook-...

Thanks for the help, it really worked :)

Did you get it repaired?

Yes I DID, by my self :), I was so happy that I did solve something by my self, thank you very much for all the help...

I use a small flat screw driver to press against the gap close to either side of the power plug pole and press it hard and I can open it without much damage. Can put them back together and works like a charm.

This actually works, and still preserve the appearance, if fixable.

It's very easy to open. Use a hacksav, og any other metal cutting blade, and gently cut along the line. Allmost all the way through. Now you can open it, not much worse for wear. And you can close it again, by glueing it together.

Apple has determined that under certain conditions the new ultracompact Apple USB power adapter's metal prongs can break off and remain in a power outlet, creating a risk of electric shock. We have received reports of detached blades involving a very small percentage of the adapters sold, but no injuries have been reported.

The ultracompact USB power adapters were supplied with every iPhone 3G sold in the following countries, and may also have been purchased separately as an accessory:

Note: Apple USB power adapters supplied with original iPhones or supplied with iPhone 3G units sold in other countries are not affected.

Customer safety is always Apple's top priority, and therefore we have voluntarily decided to exchange every ultracompact power adapter for a new, redesigned adapter, free of charge.

Users with ultracompact power adapters should immediately stop using them until they exchange them for a new, redesigned ultracompact adapter.

In the meantime, they should charge their iPhone 3G by connecting it to their computer with the USB cable that came with their iPhone or by using a standard-sized Apple USB Power Adapter (with fold up prongs) or with a third party adapter designed to work with the iPhone, such as a car charger.

If you purchased an iPhone 3G in any of the countries listed above, you received the ultracompact USB adapter.

Compare your USB power adapter to the pictures below. If it matches, we will provide a replacement adapter in exchange for your current one.

If you have purchased this ultracompact adapter as a standalone accessory, you may also exchange it for a new one.

Replacement adapters have a single green dot on the bottom, like this:

If you have an ultracompact adapter with a green dot on the bottom, you already have a new, redesigned adapter and do not need to participate in this exchange program.

Replacement adapters will be available starting Friday, October 10, 2008. Please see below for the exchange process in your country.

US, Canada and Japan

There are two ways to exchange your current ultracompact Apple USB power adapter for a new, redesigned adapter.

Exchange your adapter at an Apple Retail Store starting on October 10.

We'll need to collect your iPhone 3G's serial number as part of the exchange process.

If you apply via Apple Technical Support, you will also need to provide your iPhone's IMEI number along with your name and address so that we can send you a new adapter along with a shipment box so that you can return the affected adapter to Apple.

If you visit an Apple Retail Store, you need to bring your affected adapter(s) and your iPhone 3G(s) with you to complete the exchange process.

If you live in Latin America, please contact your local wireless carrier to replace your adapter.

Thank you for your cooperation with this exchange program, and we apologize for any inconvenience.

I have taken apart the charging cord for iphone 5 to solder wires back together,its all glued together.