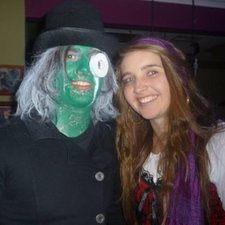 Can't power on without SMC reset and help from another MacBook

Grabbed out my old unused White Macbook 13" Mid 2009 (Macbook 5,2) because I'd like to donate it to someone. However, it wouldn't power on or charge (no light on the MagSafe adapter).

Anyway, the Macbook still wouldn't turn on (and the MagSafe indicator remains green - never orange). So I worked out that if I SMC reset, the Macbook will then proceed to boot. However, when booted it said "No battery connected" and the fans remain on high power constantly (i.e. the kind of stuff an SMC reset is supposed to fix).

If I turn the computer off it then won't boot again. I have to repeat the procedure i.e. MagSafe handshake with another Mac, then SMC reset and it boots.

I pulled apart the Macbook detached the MagSafe connector and cleaned some gunk off it. I then replaced the hard-drive with a brand new SSD that has Yosemite installed (instead of Lion). I then gave everywhere else inside and out a clean and reassembled. However, after reassembling the same problem persisted (SMC reset needed before booting).

After several SMC resets and boots, I've now got the Macbook in another state. The power is connected but there is no light at all on the MagSafe. However, the computer boots up. When booted fans are on again, but no power indicator of any sort is in my status bar (no battery, no DC power thunderbolt either). Disconnecting the power instantly turns the Mac off, so clearly it's really running off DC power.

The Macbook is running the latest firmware/SMC. When booted up everything actually functions fine aside from the fan - I'm typing on the Mac now.

Does anyone have any suggestions as to what could be wrong, tests to diagnose or ideally a solution? I'm reasonably handy with a multimeter so if anyone has some power diagnosis steps then I can follow along easily enough.

What happens when you pull the battery and only run it via the AC adapter?

Without the battery in it's the exact same behavior.

Pull the logic board, pull PRAM battery & heatsink. Put in a small plastic tub. Pour enough 91% or better ISP Alcohol to cover it. Scrub it with a soft toothbrush. Take a small sewing pin and clean the female connectors for the battery cable connector to the board. When you do a SMC reset, the SMC does not preform a pre boot/POST test. Then after the system boots the SMC shakes hands with everything, takes an inventory. If something isn't preforming correctly the SMC tells the fan(s) to remain on high. It then remembers something wasn't working correctly and won't let the system boot, unless you reset it. A good cleaning should fix what is going on here, if it worked correctly when you put it in "storage". Depending on the humidity and temperature levels of where it was stored, the logic board and it's connectors most likely have some corrosion. Don't forget to apply new thermal paste on the CPU & GPU when reseating the heatsink.

I've tried a brand new battery and still no luck booting the machine without first doing an SMC reset. The battery does "work" though, as I can pull the power whilst the machine is booted (after resetting SMC) and the machine stays on. However, the battery will not charge.

Don't forget to clean the DC in and it's connectors, again.