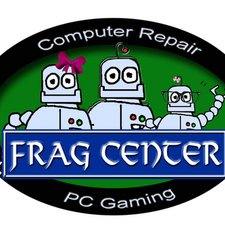 No 3g signal, what does this the rear wifi port control?

I have a customer whose buddy tried to open his 3GS iphone (A1303A) by prying it open at the silver antenna band around the phone. He succeeded in cracking the main logic board at the 3G antenna internally. I've replaced the dock port to find this only controls the wifi signal not the 3G signal.

In the 3GS teardown on step 12 there is a small, what looks to be a wifi port on the far right side of the back of the logic board.

Does anyone know if this is a connector for the 3G antenna? It appears that there may be a thin circuit line trailing to where the antenna "spring" pushes against the silver body antenna.

Has anyone tried to solder a direct line from this "port" to the case in order to get 3G signal again?

I was under the impression that label 7 was wifi antenna, not 3g antenna.

The thing that looks like an antenna port in step 12 is actually a test connector (called a "test switch"). You'll notice it has a hole in the middle instead of a pin. However, you can see the circuit board trace coming from this part that carries the signal from the antenna connector on the other side (see step 11). If this trace is cracked, then you could conceivably repair it by very carefully stripping away the coating to expose the copper and soldering a tiny bead of solder across the break. The main difficulty is that it is so tiny; you'd need steady hands and of course a low wattage soldering iron with an extremely fine tip.

Btw, the antenna port doesn't connect to the case; it connects to the antenna. See label 7 in step 7.