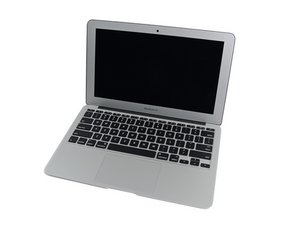 MacBook Air charging, but won't stay on without charger connected

I just got this 2015 MacBook Air with a coffee spill. Upon internal inspection, there was definitely some coffee near the trackpad and battery, and by the IO board as well. The only moisture indicator that was red was the one on the flex cable connecting the IO board to the MLB.

Initially, the MacBook would not run without the charger plugged in (though the battery does charge) and it would not detect the SSD.

I thoroughly scrubbed everything with a brush and 99% isopropyl, and now I'm installing OS X on the ssd, but I'm not able to power on the MacBook without the charger connected.

The MagSafe indicates when charging and when fully charged. I've attempted SMC reset and NVRAM as well.

Could this fault be repaired by a replacement IO board?

As the gods smile upon me, the thorough cleaning and battery replacement did the trick. All is well!

What does CoconutBattery show? Download this little gem here: CoconutBattery. Post a screenshot so we can see on what its telling you with the charger plugged in. Hopefully it can give you a clue here.

That's the thing.. the magsafe turns on green, then goes orange. But OS X doesn't recognize a battery at all. I feel like power is going in to the battery, but not coming out. I have a replacement battery arriving tomorrow *crosses fingers*

@reverendalc - Did you install CoconutBattery (click on the blue link above)? Its a free app that will help you greatly in figuring out whats happening. From what you're tell us here I don't think you have a battery issue so I would hold off ordering it for now. Lets see what CoconutBattery tells us what is happening here.

No, nothing hidden in CoconutBattery ;-}

In your Q you stated you could get the system to boot up under the MagSafe charger which is why I wanted you to run CB. It's not the OS that sees the battery it's SMC services which CB polls by way of OS calls which can help us figure out whats happening.

Sounds like your good here! Happy it all worked out.