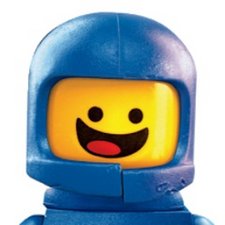 Will not boot. No fan noise, screen does not light up.

I've got a 2011 iMac. A few years ago I installed a SSD as the main drive and it's been running great with 16GB or Crucial RAM. A few days ago it started with the beach ball while in Photos.app. I left it alone without force closing Photos and the next time I checked in (18+ hours) it was turned off and would not power on. No power. No fan noise, no back light on the screen nothing. So far I have:

- Unplugged all devices connected to it

- Opened it up and examined for any gross problems, nothing noted

- Bought a new PSU and replaced it

I examined the troubling shooting LED's and the only that comes on is #1. Currently I have the LCD panel off (the only way to see the LED's) and RAM out.

The only time I can get it to do anything is if I hold the power button for 10 seconds while plugging the power cord in. Then I can get the fans to turn on full blast, but I still only get the #1 LED to light up. Is it the logic board? I don't know what else it could be at this point. I sure hope it's not, but after replacing the PSU I've lost all hope.

The screen or fans don't come on period. And I have two drives connected. The original HDD and a SSD.

So I replaced the CMOS battery, (2032), the PSU and put everything back together, still nothing. No power. With everything connect still only get LED #1 to come on. %#*@.

Did you get this figured out? I'm having the same exact issue.

So I think I've got it figured out. We had a major power issue in our house. The neutral line coming into the house from the utility pole was broken, so our house was receiving power but it was not able to leave our house appropriately, so we were having all sorts of surges for the past few months. Are dryer is on the fritz and my iMac died. Then we started having internet issues, so our internet company came and started testing their lines. As the repair man disconnected the coax line we had a major power surge throughout the house.

So as it turns out the cable line had be grounded outside out house to our electric meter. As soon as the tech disconnected his line at the splitter, where the line comes from the pole then to our house, he cut off the only way the electricity in the house was getting grounded. That caused a major surge spike in our house and fried a lot more electronics in my house. Ceiling fans, oven, A/C, can lights, surge protector, modem, etc... But lots of equipment had died in the last few months like my iMac and dryer, plus numerous light bulbs.

I did take my iMac to Apple and they have come to the conclusion that the Logic Board is dead and needs to be replaced. As far as they can tell the PSU and GPU are still ok, but they recommend replacing the GPU anyways since this model year had a recall, even though my serial number wasn't in the list.

Apparently problem was ignored. Earth ground (essential for both human & surge protection) do not exist. Earth would have diminished an original fault - probably saved appliances.

An electrician was needed immediately. An AC utility my also be notified.

We all make mistakes to learn. Learn from this one. Shotgunning means time, labor, and expensive parts without a resolution. First define a defective part. Fixing it comes much later.

Every wire in every incoming cable must connect to that earth ground before entering. Either directly (ie TV cable). Or via a 'whole house' protector (ie telephone, AC electric).

Well @westom I thank you for creating an iFixit account just to come here to berate and insult me. To call minor light flickers an "obvious" sign of a "human safety issue" is a little hyperbolic don't you think? Have you never been in a house or building that has a appliance or heavy piece of equipment turn on and the lights dim as it draws power? Say a fridge or dryer, etc. So every building that has every had a light change intensity needs to call the fire department and electric company or else they are complete morons?

You certainly sound like you know what you're talking about, and I feel like you have some good advice, the problem is that its buried so deep inside the condescending way you basically called me an idiot.

I had lights that flickered from time to time, I have a dryer who's sensors seems to not be working, and months later my iMac dies. Then 2 months after that my modem dies. Is it easy to connect the dots now, sure. But with seemingly sentinel events at the time you can't honestly say that an average consumer should have seen flickering lights and a dryer malfunction as a grave danger to my house and family.

Jayman - Consider getting a good UPS for your system as well as surge suppressors for all of your peripherals and other sensitive electronics gear you have (stereo, TV, etc...)

@dan We are, thanks.

All the #1 LED indicates is that there is trickle power to the PSU. The power supply is the first thing to replace.

Yes, I know what the LED's are for. I've seen you post this before and I found it helpful to diagnose. As I've said, I've already replaced the power supply with a new one and I still only get the #1 LED to come on. So the PSU is getting power but that's as far as it's going...

is it a known good psu?

Try booting from a USB drive the SSD could be compromised

Seriously? This is a little more high level than that. There is no power to the machine, even with a bad drive you'd get the no folder icon.

If you find anything insulting in a 100% technical discussion, then you are part of the problem. Again, if lights flicker, then a defect exists. Just because other houses also have that defect does not mean it is acceptable. When lights flicker, find and fix what is a defect.

Most light flickering is traceable to bad workmanship; not a serious human safety problem. But it is still a defect that should not exist and should not be ignored. That is not condescending (an emotional response). That is you now learning from your mistake (a logical response).

Lights changing intensity, in most cases, is not a human safety issue. In one case it was the obvious warning before a house exploded. In your case, flickering would have been severe, obvious, and completely unacceptable. Lesser intensity changes in other houses is also unacceptable. Others can also learn from your mistake.

Did you inspect and fix that earth ground? If not, do you know what to look for? Changing light intensity was the symptom that reported a defect. Earth ground was another defect that could have averted so much damage. Two defects apparently existed. Were both investigated and corrected?

I don't really want to argue about this and I do appreciate your insight but the line:

Maybe I made the flickering sound worse or seem more then it was, but I still do not think that the average consumer would an occasional light flicker and immediately call 911 and the power company. I'm saying that it's not obvious to regular consumers that flicker would/is indicative of a major problem.

As far as the ground. My electrician is going to replace our electric meter, outside conduit, and all wiring (it's old anyways), and redo the earth ground, and install a surge protector on the panel.

In each case when emergency services were called for, "Light bulbs reported a serious human safety issue months ago. Damage because a consumer ignored obvious. "

In one case, an electric company borrowed Infrared goggles from the fire department. A TV cable inside the walls was glowing red. They had also ignored dimming lights that could have been solved without any 911 services had they ignored the naive who said, "Dimming is normal".

If a laser printer causes lights to dim, that is a defect often traceable to workmanship. Lights do not change intensity when wiring is done properly. A fact - not an emotion.

Your symptoms imply a power controller inside the Mac sees its power button pressed and orders a PSU to power on. It sees a defective voltage. And immediately powers off that PSU. Thing such a RAM, SSD, and UPS are obviously irrelevant. That is also not insulting. That is also fact based upon what was posted.