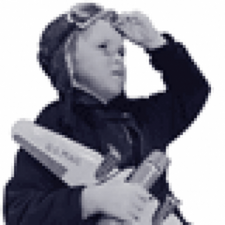 I've a Macbook Pro 9,2 A1278 Unibody mid 2012 that won't boot. When the power key is pressed, it chimes than almost immediately shuts down. It also doesn't wake when the lid is raised. Will chime when the powerblock is removed — with the lid down. Acts the same on either battery or block power.

I've tried to reset the nvram, boot to diagnostic mode, soft boot, boot from cd. It doesn't stay on long enough for any of those things to work. I've replaced the RAM with some other RAM to no effect.

Update: Took it to an Apple store. They said it was the logic board. What doesn't make sense to me is that it chimes when the lid is closed, the power block is on and then removed. And Id've thought it wouldn't start at all if the logic board is involved.

I undid all the connections to the logic board and it starts up with a chime and blue screen, then immediately shuts off. The screws for the RAM retainer were tight.

Please give us a history of the machine.

That might be GPU but yeah, what @mayer said

Machine was bought new in 2012. No problems until now. Hard drive never gave a problem. No liquid spills. I bumped the RAM up but have replaced it with the original RAM since this issue has begun. No video issues. Don't know how full the HD is but my daughter hasn't said anything about it being full.

I had that same problem with my old laptop, a 2011. I fixed it with a new HD. I was told it had something to do with the sleep wake sensor, but idk that the it was on the HD. Hopefully this helps

I'm losing more respect for Apple everyday. I had this same model come in yesterday. An Apple Genius had told my customer it needed a new logic board. Turned it on, heard three beeps. This is about the fifth 2012 13" I've seen that the bottom RAM stick has come loose. I sent the customer home with a running machine and no charge. Told him to come back when he had a real problem.

Know issue, Apple will generally replace the hard drive/IR cable for free. I also believe that the 13" models had some of the same GPU issues that the class action law suit covered here: https://www.apple.com/support/macbookpro...

On yours, I would disconnect the hard drive cable from the logic board and attempt a start up and note what lights or tones you get. Then tell us. It's usually best to go for the known issues first. A possible reflow of the GPU may be indicated after our tests. Best if you can also try to boot from an external USB source.

Also try tightening the screws on the RAM retainer a quarter of a turn each.

@mayer , Would be nice if more businesses were this nice to their customers!

Apple had quoted him $825 for the repair (replacement logic board plus labor). I wonder if I will even get a good Google review. But I'm absolutely sure he will be back if he does have more issues ;-)

There is no discrete GPU in the 13” machines.

I have same problem, and i see there is no solution, Any ideas, i have check U5010 cos the SMC_ON/OFFF line is acting by itself, but resistors caps and U5010 are well. i dont know what to do else.