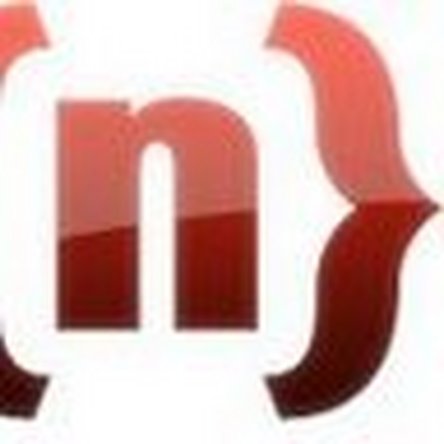 Can the HDD be removed without replacing it?

Hi, so I have a late 2009 iMac, in which i've already swapped the SuperDrive for a 500GB SSD using a carriage adapter.

I set this as my boot drive with OS-X installed and it works great. A while later however, the factory HDD died so I want to remove it but don't really care about replacing it with a new one. Maybe sometime i'll add another SSD but can't afford one now.

The question is, can i remove the factory HDD, just leave the cables dangling and just let it boot off the SSD? Or does a drive have to be in the 0 SATA slot?

I'm pretty sure everything would be fine but i don't want to put it back to together only to find it wont boot, so seeking someone who's maybe done this.

At this point if the HD is dead I would just leave it alone if you don't want to spend the money to replace it. Sadly your system needs the HD present as a sensor within it needs to be active of the thermal management to work correctly. You can see it here:iMac Intel 27" EMC 2309 and 2374 Hard Drive Replacement. Jump down to Step10.

If you are encountering problems that the system is slow to start up I suspect your real issue is the HD has become the boot drive not the SSD. Most likely you've tried altering the startup disk setting only to find it's not holding! So your real problem here is the PRAM battery needs replacing as you keep loosing the settings. You'll need to pull the logic board out to gain access as its on the backside I've marked the location here in green 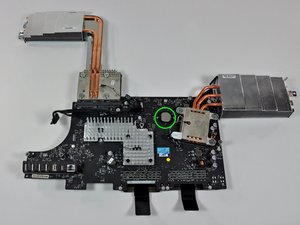 Happy to hear the system is booting up with the SSD without any problems. Do to its age, I often find the battery has died which is why I assumed that was the reason you wanted to pull the dead drive as the system was taking forever to boot.

The system will boot, but the cooling systems fans will run wild as the sensor the system is expecting is missing! So the system goes into failsafe mode running the fans full out.

You're between a rock and a hard place.

While I fully understand pulling the drive as you don't want sensitive data to fall into the wrong hands when you sell your system. If you sell the system and tell the person they need a new drive as you pulled it, then I think you can hand them the system (make sure you write it on the bill of sale so there's no questions later).

If you or they use the system for long periods of time you do risk damaging the system without putting in a replacement drive or install a replacement sensor. Here's the part you'll need if you plan with or without adding a new drive to run the system: OWC In-line Digital Thermal Sensor for iMac 2009-2010 Hard Drive Upgrade. You don't need to install a drive to use the sensor.

Haven't had any problems booting yet off the SSD, the problem is i want to sell it as I've gotten a new iMac, but i also want to save the drive b/c i have tons of work on there (only about half backed up) that i want to try to recover if possible. The HDD is recognized but fails the SMART test and wont even spin up. I really don't want to invest anything (other than time) in it before selling it.

Are you saying if the temp sensor isn't hooked up the machine wont even boot?

You should be okay to remove the faulty drive without any issues. As long as the 500gb drive is identified as the bootable volume through startup manager removing the faulty drive shouldn't have any problems.

Sorry not so fast!

The iMac's use the HD's thermal sensor to manage the systems fans. Once you pull the drive you're disconnecting the sensor so the system goes into fail-safe mode running the fan's at high RPM.

Yes but if you replace it with another drive then it would solve that issue. I would be more then glad to provide 7 different repair guides/videos on how to correctly replace the device.

Michael No, it would not solve the issue if the hard drive brand changes. You are out of your league here.

Mayer, We use Seagate Drives here at our shop and you may have to change the sensor cable but it will work. But if you read the right then you will notice they said they don't want to replace the Drive at this time. So kinda pointless to be arguing about. How about we focus on the peoples questions rather than say people are out of their leagues and so on so forth?