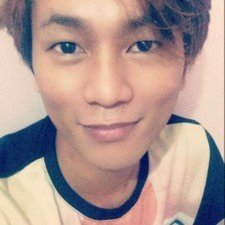 Should I change the logic board myself?

Sometimes the LED on the MagSafe connector would light up but eventually turn off that it isn't charging anymore. I brought it to an authorized Apple service center on the mid of September. The repair guy told me they found corrosion on the main logic board of my system, specifically near the airport card. They also told me that the only remedy to this problem is to change the main logic board which costs about the same as buying a new MacBook Air. I didn't ask any further, I told them I wanted my system back and walked away from the service center.

So I swabbed the surface of the logic board with a Q-Tip with alcohol and let it go dry.

After this I tried to charge my system and surprisingly it booted up but then it went off after having gone to the desktop. I tried recharging my system but this time it wasn't charging anymore. It only shows the amber light on the magsafe connector until eventually the magsafe light would not come on.

Can someone help me? I don't know if I would change the logic board of my system or just the I/O board or what.

Your Logic board needs ultrasonic cleaning to remove the corrosion. Hopefully there aren't any dead chips on the board.

Where about do you live? Condensation within the system is rare.

You might need to be more careful as the humidity maybe very high were you live. Often walking from an air conditioned location to the humid air outside can be the source of the moisture.

Consider getting a plastic bag to wrap your system up in (air tight) so you can pack it up in the cool dry location before going out, and leaving it in the bag until the system has warmed up to the temp were you're using it, if that location is humid. In any case you'll need to shut your system down, not sleep as the bag will cause the system to overheat otherwise.

@roxdacullo post some images of where that corrosion was located on your board. That may give us an indication on wheat part of the board my give you issues right now. Use this guide Adding images to an existing question to do so. Skip the plastic bag in humid environments since that will increase condensation and will only lead to more trouble.

Have the same problem as Roque and I live in Manila. Were you able to change your logic board, Roque? Where can you buy the parts? Also thinking I have a battery problem. Took my 13 inch to the service center so waiting the official diagnosis.

FYI - IFIXIT ships to Panama. If you know anyone in Hong Kong you might be able to get a logic board their as well.

The MacBook Air's are one of the easiest logic board to replace. At this point I suspect you have more serious damage on the logic board which could be repaired but maybe harder to get done were you live. Here's the IFIXIT guide you'll need to follow: MacBook Air 13" Mid 2013 Logic Board Replacement.

If you can do it I would recommend getting a 8 GB model board and see if you can jump up to the 1.7 GHz i7 board as well.

If you found any wetness around the I/O board you might want to replace it as well. Mostly the I/O board doesn't effect the power feed to the main logic board. Here's the IFIXIT guide for it: MacBook Air 13" Mid 2013 I/O Board Replacement

This seems helpful but I cannot bet that amount of money for unsure thing. I could get a board but what if there are other problems aside from the main logic board? Can I send back the logic board to iFixit if in case I see that there is another trouble with my macbook in the future?

What I can say is if the logic board fails to fix your issue you shouldn't have any problems returning it. They also offer a warranty on the part as well here which is quite generous!

Where are you on this big marble we call Earth?

I am in Leyte, Philippines @danj . Just so you know.

Then that explains the condensation! You live in a humid environment which can be hard on electronics jumping between cooler air conditioned homes & offices.

You might also want to pack some silica gel packets with your stuff (don't forget to dry them out in your oven every so often).

Must be beautiful there! I spent some time in Malaysia

Uhm. How do I dry this thing in the oven?

You know what, sometimes you don’t really need to replace with a new one. Sometimes it needs cleaning, troubleshoot, try and error. You may try it yourself before thinking of replacing your whole logic board. There are some useful videos in youtube that helps you to figure out on how to do it. Try checking (Fix Apple Now) & (Louis Rossmann). They are good technicians on how to solve this issue. Hope this helps.