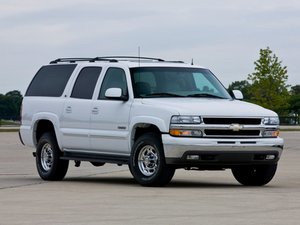 9th generation of Chevrolet's full sized SUV, based on the GM GT800 platform.

Why is rear access open light on when door is closed

What good is the alert if it doesn’t tell me what is actually broken? In my case, there was nothing wrong with the rear access. It was closed and secure, it was not in fact open. The window was closed and the tailgate was solid and securely closed and locked. The alert should have said something like “Rear Access Sensor Broken - make sure your tailgate is closed and secure.” Then, nix the forced dome light “ON” for goodness sake! It can’t be fixed on the spot so meanwhile we drain our batteries and drive illuminated by the interior lights until the sensor - not the rear access - is fixed? This is not an urgency. People are capable of checking to see if their access is closed or not!! You can’t even disconnect the battery without a wrench on hand. Give me a break Chevy/GMC!

@louis1 there are some sensor in the latch assembly that could register your access as being open. It's a pretty involved task so try to reset your computer first. Disconnect the battery cable and for a few minutes keep holding the battery cables together. I prefer to leave them disconnected overnight and reattach those later. this should force your computer to relearn. If that does not work your have to take a look at the latch assembly. Last it could be that the BCM (Body Control Module) is failing, or has corrosion or loose wire on one of the connectors. Check on those as well

This should work for your Suburban:

Pry gently with a thin-bladed tool in order to release the clips.

Remove the trim panel from the liftgate.

Position the trim panel to vehicle.

Remove the bolts from the latch actuator.

Remove the actuator from the liftgate.

Install the actuator to the liftgate.

Loose assemble the bolts to the latch actuator.

Close the liftgate glass in order to adjust the actuator.

Install the cables to actuator assembly.

Remove the latch assembl from the liftgate.

Remove the cable at latch.

Install the liftgate lock cylinder to the latch assembly.

Depress the locking pin on the lock cylinder.

Remove the liftgate lock cylinder from the latch assembly.

Install the cable at the latch.

Install the latch assembly to the liftgate.

Notice: Refer to Fastener Notice in the Preface section.

I read through all this and opened and closed all the doors looking at the DIC to see that they were properly sensed. Did the same with the rear hatch but did not look at the DIC when hatch was opened. I started planning to take the Suburban to the dealer to troubleshoot the problem and my wife noticed air noise coming from somewhere. I pulled over into a parking lot, looked at the rear hatch which was firmly closed, cycled the hatch anyway... still no change. Then, happened to note that the rear window was open about an inch. Pushed the window closed and alas! The problem went away. I would have found the problem a lot faster if the DIC had indicated "Rear Window Open" rather than "Rear Access Open".

This saved my neck! It was the window, this literally just happened! Thanks for posting!