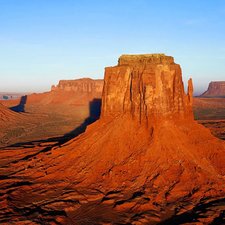 Cut wires on screen assembly, don't know where they go

I bought some used MacBook pro's today, for parts, and I managed to have one working one. But I have a screen and some other stuff left, which could make up a second working one.

The only problem is, the screen has some cut wires on the left side and I don't know their purpose. Are they needed? Could I just leave them disconnected?

If I can't leave them disconnected, where should I put them? Can I just solder them to the required board, and where?

I've got two different daughterboards, I don't know which is the correct one for this screen or laptop. 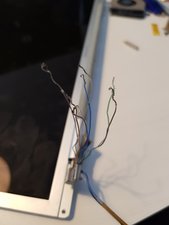 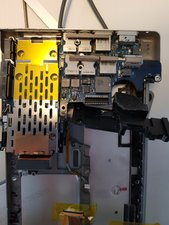 Which is the correct one, the bottom one is longer on the right and has place for a connector, the top one doesn't.

To summarize: I don't know if its a screen from a 2008 model or an earlier model, because they differ slightly. I suppose it's from the T7400 2006 Model, because the cables differs from my 2008 Penryn MBP.

Search the web and get parts diagrams for every model you think you have.

Match them up, the get the corresponding schematics from the web.

Now, you can fix the cut connections.

Waiting for someone to recognize these loose parts,,, my Dad said, "that ain't gonna happen".

I recently took-on the project of FOUR dis-assembled RC-race-cars in ONE box !

Thanks for the answer man, after a lot of digging around and comparing cables, I soldered the loose cables to a new connector, but the screen still doesn't work. The macbook starts up with the Chime, but the fans are at full speed. The screen goes from a dark-green ish non-powered colour, to a black colour. Shining a flashlight at the screen showed nothing.

What could be wrong? Is it worth it to buy a new inverter cable? Or could the logic board be bad?

Did you get a true pin-out of the cable/connector? The off-to-black sounds correct at power-on.

Doesn't the Macbook also flash white? I think that is from the video circuit.

How did you know the fans are 'full speed' ? The are 12v regulated from power on.

Disconnect the screen and test the fans. The screen should have nothing to do with the fans.

Pin check the major power points. Power supplies cause the most problems.

I wouldn't advise trying the other board until you determine this is actually bad.

I looked at a screen replacement tutorial of iFixit, link:

With this image as a reference how the connector has to look:

I connected the cables that were loose to that connector in correct color combinations. (Didn't do the iSight Camera, but that can't matter, can it?)

I will test the fans with the screen disconnected and check for any hot spots. I don't have a multi-meter at hand, because the battery died on me.

Thanks for the help so far and I will come back to you.

Ok, I disconnected the screen, and it still did the same thing. I tried resetting SMC and NVRAM again, both of these do work. The SMC reset resulted in a BEEP, and the NVRAM reset in a new chime, but the fans kept running all the time. I can also just press the power button once to turn it off, I don't have to keep press it in.

I can confirm the screen is the problem, I just hooked up an external monitor to the DVI port, and I got a blinking question mark folder. So it definitely has to do with those cables, any info on that?