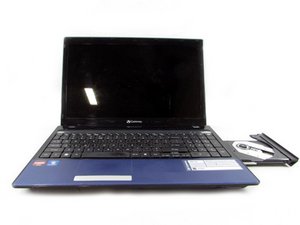 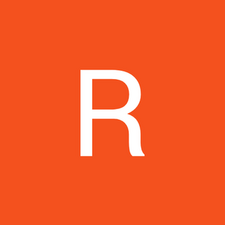 My Laptop Boots Up, But the Display Doesn't Work

Hello, I have a Gateway Nv53a laptop since 2011, it have been through a reballing process 2 years ago due gpu overheating and was working fine until 2 weeks ago.. then the pc started to fail when attempting to boot up... then boot up again and was working again without `problems until yesterday after a feature update from windows 10 os.. again the same problem, the pc boots up, i am sure it reach the logon screen (even i hear the sounds after i plug in/out usb devices) but no display at all... not in the integrated led monitor, neither via hdmi/vga.... i initially thought it could be the gpu (due previous reballing) but the gpu temps where pretty ok and cool at the time (i check this all the time after the reballing event), besides the pc powers on the screen and shows a single underscore (signs that the pc it loading something, but then the screen goes off and happen all stated above)

what it could be? thanks in advance for your comments

Note: I use the laptop as a desktop pc, using the external monitor via hdmi and usb peripherals... the laptop rarely is shutted down, i keep it running all the time (i dont know if this info it is useful)

'''++Rafael Leon++'''  I would start off by booting form the optical drive with a boot disk to see if this is related to the Win update. If you do not even see a start-up screen etc. it is most likely your GPU that has failed again. Reballing will only help if you replace the GPU IC. It is related to the design of the “chip” itself which cannot be remedied with a reball.

thx you for the propmpt answer!... read my answer below if you want to know more updates on the problem.

Thank you for your prompt answer.... i tried to boot the machine using a ubuntu live cd and the screen lit up, indeed it worked like a charm..... i restarted several times and now i can be sure is not a gpu issue, so it's most likely windows as always messing up everything with the updates, now the thing is why my pc doesnt recognize the internal monitor, neither hdmi... i could determine that the external vga works, the problem is my vga port has a desoldering issue, so it's not working since 2 months ago, i mean the connection sends information about the resolution but the screen it's all black.

Being said this... i figured out that maybe is the vga driver that has become corrupt or something and thanks to the way uefi system works... the video goes dark from the beginning , now i wonder if there is a way to override that crappy vesa/vga/ or whatever graphical configuration to a newer/older but functional setup since i cant use the vga connection...

i would like to solve this issue without attempting to open the laptop and solve the vga port problem. my ideas goes between try to install grub2 or some bootloader to force another video configuration or if there is some kind of way to override registry entries where the video setup is stored.... any ideas you can give me people? again thanks in advance for your support! :)

Since it works in an environment other than Windows it obviously is a driver /Windows issue. Sorry but I can't assist you with software issues since those are hard to recreate and are very particular to your specific setup.