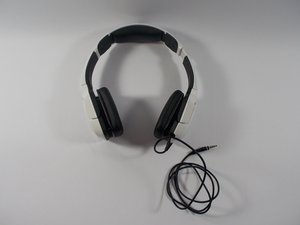 This page provides the user with information about the TRITTON Kunai headset. 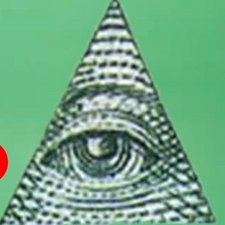 What are each of the headsets wire color codes?

My headset Jack is broken which forced me to fix or to replace it. I don't have any money to buy another headset but i do have a spare Aux with two rings.

Unfortunately there is not a “standard” connection for the plug either.

The closest is that there are 2 standards but manufacturers don’t have to follow them either if they wish to make a “proprietary” cable plug connection so as to force people to buy their parts. (unless you can work out the connections that is ;-)

I tested it on both of my headsets(Both have the same problem) and this time both need the microphone to be plugged in slightly and if plugged in fully there is no sound, but if its out the sound is very quiet so i tried with my first headset connecting : Blue-Ring 1, White-Tip, Red-Mic, and Ground to ground. The problem remains

so reading other Jack pin setups i swapped ground with Red and it still the same problem.

Maybe its no longer a Jack Problem.

I suspect that maybe for both Headsets the Mic and sound is connecting.

Got a bit confused with your colours.

First you mention White (tip), blue (ring1) red (Mic - I presume ring 2) and Ground (what is the colour of this wire on ground or sleeve?)

Are your headsets the same make and model?

Have you still got the old plugs that were connected to the headsets and is there still a bit of cable left attached to them?

If so can you strip the cable coming out of the old plug , to expose the wires (and more importantly their colours) and then use an Ohmmeter to test which wire goes to which connector in the plug. You may not identify all of them in case one is broken etc but hopefully you may be able to identify 1 or 2 or hopefully 3 which will make it easier to reconnect the cable to the new plug.

Perhaps the easiest way is to start simple.

Connect 1 wire to the tip say the Green, and then connect the wire you thought was ground to the sleeve and listen if you get audio in the left speaker when you plug it in.

Hopefully this will give you audio in either the left or right speaker and will have identified two of the wires.

After this you can go into the next wire and leave the two wires connected where they are.

It may be easier to connect a 4 wire cable to the TRRS plug and then connect the end of the cable to a terminal strip. then you can quickly connect your headset cable to the various wires until you get the right connections. Once you've written it down you can correctly terminate the plug.

There is no easy way to connect a plug if you don't know what goes where ;-)

Looks like @pyang86 is builing a how-to guide for just this. Tritton Kunai Headphone Jack Replacement

Carefully cut open the faulty jack with a sharp plade and study the cables on the jack.

There is no real industry standard for cable color on TRS or TRRS plugs.

when searching for 3.5mm jack, instead search for T(tip)R(ring)R(ring)S(sleeve)

I should have edited that because i actually ment two TRRS pin Jack. Sorry

I needed a guide on how to set each cord to the TRRS Jack.

(There from a Broken Doc and a Broken Professional Rig.)