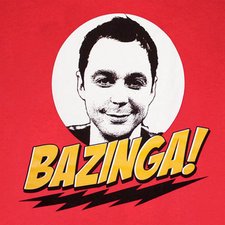 No response after lightening jack install

The iPhone 6s Plus was not charging and eventually died and diagnosed the problem as not charging due to lightening jack connection. I just put in a new lightening jack assembly and my screen is showing no response. Does it take a long time to charge after the iPhone has been setting without a charge for 4 months or so before something will show up on the screen? Or, is this another problem? I had also replaced the battery as well.

Thanks for the reply Ben.

This iPhone has a long history of repairs. (daughter)

About a year ago it was having charging issues and black-screen problems. I did send it off to a micro-soldering shop for diagnosis and possible repair. They told me it was a bad screen and they were able to get it to charge. (I didn’t use the different cord method, ugh.) So, I replaced the screen and the battery at the same time when I got it back.

That repair worked fine and the phone was charging and working great. Then, about 3 months ago the phone stopped charging. I used all types of tricks in my attempt to make it work. After exhausting all possibilities and examining a very corroded lightening jack port, I ordered the assembly and installed it. It wasn’t an easy job, but I feel very confident that it was successful.

The new battery had not been charged for about two months or longer. That’s why I was trying to figure out what other issues this iPhone might have.

I guess the next step is to send it back for another diagnosis or just purchase another phone and cut my losses.

Just to clarify, the issue you are having is that the phone was charging fine but when the battery went flat it wouldn't show any response on the charger right?

If this is the case then the issue is actually caused by the charging chip called the Tristar charging IC which controls the charging of the phone.

You'll need to look for a reputable phone repair shop that does microsoldering / board level repairs to replace that chip for you.

@benjamen50 Yup, its the Tristar. Spot on!

Assuming it's a Tristar issue, is the phone even worth repair? The big issue is that she didn't back up her phone and has a lot of info that I think would be worth the fix. I am on the fence with this one. Thanks.

Any iPhone 6 or up that has tristar issue is definitely worth repairing especially if it's larger than 16GB. The value on these phones makes it still worth it for the repair.

Here is a link that explains how the Tristar fails:

Most likely, Ben is correct… Tristar or Tigris IC chip(s) may have failed. It could also be “Pry Damage” around battery connector…(Just look closely at the little components around the FPC on the logic board side), and lastly, I would double check the battery voltage with multimeter and see what it reads. I have seen several 6s series that will not charge a “Flat” battery and may work again if you give your battery a quick charge (Jump-start). Either way, the repair is definitely worth doing as it can be a permanent repair for $60 to $80 us in most shops.

or check out the last place that did microsoldering as there may be a warranty still in effect seeing how you are still the owner and most, like myself… stand behind there repairs :)