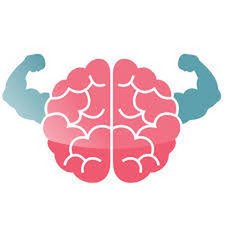 I was playing beat saber, my VR game, and my PC crashed. Previously the game crashed a couple times.

I think it was my CPU OC. I was overclocked to 3.8ghz. But I was in good temps, and only 1.375 volts. Not too bad. Anways, im not completely sure but it crashed and went to the windows recovery ( or aka blue screen), while blasting a loud noise. I said screw that, and just restarted my PC.

But now it wont boot into BIOS at all. I did a CMOS reset. I went to Advanced Settings to UEFI. I have tried everything. Tried booting without HDD’s, nothing. I don’t know if its a CPU issue or a Motherboard issue. Kind of ticks me off. I am about to add more fans and do a GPU mod as well and now I cant get into my BIOS to make sure all the fans will work properly. Getting an AIO which will be going into my CHA fan header. (It is the Kraken G12 mod)…. and I wanted to make sure that is running at 12v constant.

I could use speed fan still I think without it but now my bios is on default, and I still like to fiddle with some things. For instance, my ram is now back at 2133mhz… yuck. Anyways, its been a few hours trying to fix this and I have no clue what to do. I may just let my PC rest and see if it fixes itself but ugh.

If it boots into Windows OK , try disabling Fast Startup and see if that allows access to BIOS on boot.

Go to Control Panel > Power Options > choose what the Power buttons do (left side of page)> Change Settings that are currently unavailable > uncheck box -turn on Fast start up (recommended) > save changes.

Restart the computer and check if you can access BIOS OK

Have already did that. That was my first thought as well.

Again, from my update comment, I do believe it's not TRULY skipping BIOS at this point. It seems to just not display it, then it recognizes the display once it enters windows.

Anything else haha? I have some ideas for sure when I get home.

You didn't say but did you try to update/reinstall the BIOS at all?

It may be that the part dealing with video controller (is there onboard as well?) got corrupted and ii may have defaulted to auto or onboard.

Just something that I'd try.

I actually have been meaning to update my BIOS. And I really wish I could at this point, but my motherboard doesn't have any fancy update bios without actually being in it.

So I can't get to my BIOS to update it.

And if are asking if I have integrated graphics, I do not. Only my Graphics Card in which is the GTX 1070.

When I first built my PC, I never had any issues with BIOS settings. Had GPU hooked up, booted it first try and it turned on fine. (5-6 months ago)

But yea, I think it is a GPU problem in some way, or just a GPU- MOBO issue. Something isn't being registered.

As long as I can get to BIOS, I really don't care how. It's not a daily thing I get on, I just need to make sure I set up everything correctly for my fans etc.

Does the video card have dual video ports?

If there are two ports switch the monitor cable to the other port and see what happens.

I will test that when I get home. Is that what you're asking? I will switch the HDMI cable into the other port. Probably should of tried that. One HDMI is plugged into my tv, and the other is occupied by my VR headset.

I was playing VR while everything screwed up, so maybe it did flip? And gets confused. I'll see when I get home.

I know this is an old thread but I was having the same issue. And found the problem. My PC was thinking my VR headset was the main monitor during boot and switched back on windows. Unplugging the headset fixed the problem

Omg yes that was EXACTLY my problematic

Filthy Perfection, ...you Sir are a Gawd among men! I currently have no hair left on my head, as I have pulled it all out. I can not believe the VR Headset is what was causing that. As soon as unplugged my Vive from my GTX1060, and rebooted, BAM! There was my boot up BIOS screen again. Simply amazing. Unbelievable man, you rock beyond. Thank you!

Try removing the overclocks in BIOS if you haven’t already and see if you can boot windows.

I can already boot windows with no problem. And I have the 1500X, certainly not an old CPU. Does just fine. AMD overall as lower core speeds than intel. 3.5ghz on stock. Was overclocked to 4ghz at a point but just went down to 3.8 while keeping the same voltage. Could honestly change it but anyways, I did a CMOS reset first time I realized it, so no. Taking off the OC did not help, and I honestly don't think its an CPU issue for some weird reason.

My desktop is not going to bios. i have window 10 enterprise I have MSI B450 GAMING PRO CARBON motherboard and AMD RYZEN 7 2700X CPU and 1TB M.2 NVME SSD the CROSAIR POWER SUPPLY is 550GOLD and the RAM 32GB 3000MHZ CROSAIR and AMD RADEON RX580 graphics card. i tried to go to bios from window recovery option but the screen is dark nothing there when i press alt+ctrl+del reboot and window load if i update the bios will it work ? or do the CMOS ?

Try using different port for monitor it may have switched.

Try disabling fast startup, restart the desktop and then check if you can get into BIOS by pressing the Del key after power on but before booting into Windows.

I had the same issue. Solved by downloading Nvidia Display port 1.3/1.4 firmware update tool. It updated the firmware of GFX card and the issue was resolved.

The Display port firmware update was exactly what fixed my problem. Thank you

how would i do this with an amd graphics card?