In June 2017 Apple updated its 13" MacBook Air with a newer Broadwell Intel Core i5 processor, resulting in slightly increased performance and battery life. 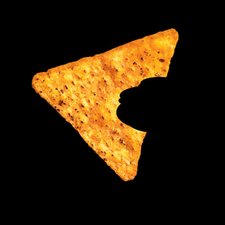 I want to upgrade the SSD on my MacBook Air, but is that possible

Yes, you can replace the SSD in a 2017 model MacBook Air.

The socketed PCIe SSD that fits Late 2013-Early 2017 MacBook Airs will also fit Late 2013-Mid 2015 MacBook Pros. If you’re shopping on the used market, be sure to get a 4x card, which is the speed your computer is designed to use. Pre-2015 laptops use a slower 2x card; it will work in your system, but you're throwing speed away.

The 2017 MBA is the most recent Apple laptop with a socketed drive. All the Thunderbolt 3/USB-C era MacBook Pros (2016 and newer)/MacBook Airs (2018 and newer) have the storage modules soldered to the logic board; storage upgrades will require unsoldering the stock storage chips and replacement with larger ones, which is a pretty big hurdle.

Prices for all these SSDs have fallen sharply over the last few months. My suspicion is that aftermarket manufacturers like OWC are trying to sell as many of these as they can, while machines that can use them are still working :-/

okay thank, i will try it

you cannot change your macbook ssd by yourself,you have to contact apple support in your country in order to change your laptop battery,make sure it is authorized apple center.

Why do you think that? If you can take the bottom cover off you can easily swap out the blade SSD.

There's a legitimate concern if you're still under warranty; Apple's likely to terminate that warranty if they have visual evidence that you've tampered with the machine when you bring it in. I think it's wise to hang on to the original drive, so you can swap it back into the computer in case you need to take it in for warranty service. It helps to speed up the intake process at the Genius Bar.

My guess is that theMacN Dorrtoz's 2-year old MBA is probably out of warranty already. In any case, I find it hard to believe that anybody who's spending time on iFixit's wiki hasn't already made their peace with opening up their own gear and tinkering with it. If you weren't interested in doing that, why would you come here?