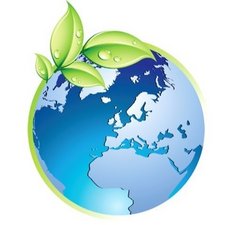 I have only had my iPhone 8 for 4 months now. All of a sudden one day I pick it up and turn it on and half of my screen is dimmer than the other half. I immediately turned off the screen and turned it back on and same thing but slightly worse. I turned the screen off again, but this time when I tried to turn it back on it wouldn’t come back on.

The phone had sound and vibration but just a completely black screen. I did a shutdown on the phone and waited about 30 secs and turned it back on. Once again, I had sound and vibration but still just a black screen. I tried to do the hard reset with the volume up, volume down, and power button, but it didn’t work. I can still hear my notifications from email, facebook, etc. Then the phone started making strange danger alert siren sounds repeatedly. That freaked me out so I took the SIM card out of the phone and laid the phone on the table. I still have full sound but only black screen. Suddenly, the phone starts RINGING (but there is no SIM card in the phone)!

This really freaked me out but I picked up the phone and hit the home button which somehow answered the call however, I was still unable to see anything on the screen and then I can hear my local 911 dispatcher asking me if I need help!!!! Of course I try telling them that I’m okay and that there is no emergency, but even though I can hear them, they are unable to hear me at all!! I pushed power and turned the phone off again then waited a few minutes and turned it back on. Still the same…sound but no screen.

Well, this same process continued 3 MORE TIMES, with my local 911 calling me but then not able to hear me answering the phone. At this point I was so frustrated and I just knew that the police were most likely going to show up at my house. I powered the phone off again and this time I just left it off. I figured maybe if I just let the battery run all the way dead overnight and then try to charge it up in the morning, maybe that would work. The next morning I tried to power on and of course the battery was completely dead because I hadn’t charged it. I plugged it in and let it charge for a while and went back to turn it on and there was nothing. No screen. No sounds. No vibrations. Nothing.

This is when I decided to call Apple Support. The support specialist I spoke with was very friendly and she walked me through a series of troubleshooting techniques, including hooking up to my laptop, but none of them worked. The specialist then told me that my phone was still covered under warranty and that most likely it was an issue with the backlight and they would just replace my phone if they were unable to fix it.

She then explained that all I needed to do was wait for my FedEx overnight box they were sending, put my phone inside and use FedEx prepaid overnight shipping to send it back, and they would send me my phone fixed or if they couldn’t fix, they would send a new iPhone 8 the next day by FedEx overnight. As soon as I got the box I put the phone inside, applied the prepaid label, and FedEx picked it up to send to Apple. I waited for 2 days and still had not received anything back from FedEx so I decided I would call Apple Support back to find out what was the hold up.

I was then informed that they had sent me an email (did not try to call me or contact me in any other way) and in this email it said that their expert technician has determined that the phone has had water or liquid damage and therefore the warranty is automatically void so they are unable to send me another phone or fix my phone for free!!!

AT ABSOLUTELY NO POINT IN TIME DID THIS PHONE COME IN TO CONTACT WITH WATER OR ANY OTHER LIQUID!!!

Not before that day, not on that day, never! The only way possible that a water sensor could have been tripped is maybe from humidity which I read about online after I started to research this issue, but I don’t even think that was the case here either. I’ve had water damaged phones before and I simply had to go get another one. My daughter’s iPad got water damage and I had to replace it too. My son’s iPod got water damage and I had to replace it as well. None of them had any similar symptoms to the ones this phone had and seriously, if I had water damaged the phone, I would just go replace it, I would not be calling Apple Support to find out why it isn’t working!

Needless to say I was very upset. Apple offered to repair the phone for $549!!! I just spent almost $700 on this phone only 4 months ago because I did not lease the phone, I just paid cash for it.

Apple Care is not included when you pay cash of course so I don’t have that either. Of course I told Apple Support that I didn’t have $549 to pay for the repair so they simply sent the phone back to me without repairing it or replacing it.

So now I once again have a COMPLETELY DEAD iPhone 8 that will not charge, will not reset, will not show up on iTunes, WILL NOT DO ANYTHING!!! I know I didn’t water damage the phone. Either there is some other reason why the phone started going crazy or else all this was caused by the humidity, which seems very unlikely to me.

Could it possibly be that the water sensor has been tripped by humidity but there is something else actually wrong with the phone? Does it seem plausible that humidity would do this much damage on it’s own?

How can they claim these phones are water resistant up to 30 minutes if the humidity alone will damage the phone and there has been no actual contact with water? My husband has the same exact phone and he dropped his in a mud puddle and it stayed there for around 5 minutes before we found it, it is still working perfectly today and has never had any issues whatsoever.

Anyhow, is my phone even fixable at this point at all? And if so, where should I take it that doesn’t want to charge me the same amount that a brand new phone would cost? Could it be possible that Apple is simply claiming water damage so they don’t have to replace my phone? I MEAN SERIOUSLY APPLE WTF??????????????

These phones, cost way too much for us to be experiencing these type of issues. My family has spent so much money on Apple products over the years but this one horrible experience with Apple Support has seriously got me considering switching back to Android for good!

Please send any advice on this topic. Thank You!

Seriously, a little formatting goes a long way in helping with readability but I understand you are upset .

Now on to the good stuff. Your phones behaviour certainly seems like water damage but the only way to know is to inspect the phone directly. Unfortunately, Apple didn’t provide you with any proof (a few pictures would have been nice!). It is also possible they confused your device/ticket with another one. Now that you have your phone back, you could open it up yourself and look for the LDI stickers to see if they are red. Or you could drop by a local shop and have them take a look. However, water damage can occur without “tripping” the LDI and the opposite is also true, for example., humidity.

The only way to know for certain is to closely inspect the logic board after the shields have been removed. This falls more into the domain of a micro-soldering repair. If the phone was truly water damaged, it may not be repairable and many shops won’t even try although they will work on it to recover the data if that is something you need. The reason for this is that most water damaged phones that have failed tend to have all kinds of issues, some of which pop up later on making these devices too unreliable to offer a warranty on.

Now if there is no real water damage (yet the LDI’s are red), the phone may be repairable but only a thorough diagnostic will be able to determine that. Most shops will charge you significantly less than what Apple is charging so shop around.

Bro l can’t believe I just read all that lol I’m a former apple employee I quit because of this kind of acts I had to hear and tell customers so our location can reach target sales you should be mad at the head manager anyways. I recommend just taking it to a local repair shop that can also fix logic boards try to get the screen replaced just tell them if they can test a new screen first they shouldn’t charge you for that. If the symptoms are the same is a logic board problem.

@bbfarms I wish I had a good answer but all I can do is relate with you. I have literally almost the same issue, I was out hiking in colorado this last summer, and I had a water bottle leak in my backpack, I felt it immediately was the water-soaked some clothes and leaked out. My iPhone xs was in one of the pockets and barely got wet and was there for maybe 30s. The phone was fine for another 20 mins just taking pictures and it looked dry when it suddenly just shut down. It never has turn on again since, 4 months now. And i cannot do anything except just pay full price $1150, bc mine was a 256gb. Well anyway, I think Apple is 100% going for marketing and hiding behind water damage so it cant lose money. I’ve had friends swim and shower with their iPhone, which I have stayed away from bc I knew it was water-resistant, not proof. But this wasn’t 3 meters for 30 mins, it was in maybe a sprinkle of water. Why do they market it was so good and basically waterproof when the thing goes kaput bc of humidity?? I think maybe mine was a defect, bc in their iPhones aren’t made by Apple, they are manufactured in China. Anyway, imma see about getting a reduced repair or replacement plea. There is the September 2018 Keynote which the presenter said you would be fine dropping it in a pool, and in an Apple support page on the Apple website, where they tell you to “rinse the affected area with tap water if a liquid other than water spills on your device.”

Yes same issue with my new iPhone11 Pro, sirens, green lines down the screen, all sorts of weirdness. How can they be allowed to advertise a liquid resistant phone and then when that resistance fails not cover if under warranty - totally shocking - lets mobilise for a class action law suit against apple ………. on 2nd thoughts it might be cheaper to buy another phone and be ripped off again :)