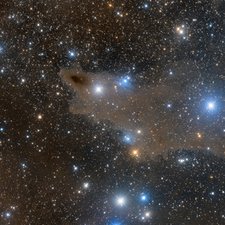 My keyboard isn't working after replacing with a new one

Hi, i had an issue with my keyboard and got myself a replacement which i have installed. But its not working. Some of the keys seems to work but showing up with a different letters. I first thought it was the cables so i had them changed but the problem is not going away. Any idea whats wrong with it?

It would be useful to know how it all started to complete picture.

@arbaman well while cleaning the keyboard excess alcohol seemed to have disrupted the circuit so I bought myself a replacement keyboard and replaced it with a new one. I am not sure if I'm getting this problem because my laptop was bought in Greece and the replacement keyboard was from the UK.

It may be an easy one, hopefully. If you’re using old greek KB settings you should probably just correct that into british english from SystemPreferences/Keyboard/InputSources. Then, with the two in sync things should get to normal WYSIWYG and you’ll have to slightly readapt your typing.

I don't think that's the problem. I have already tried that and didn't work. I think it's more to do with the bios or the firmware difference between the motherboard and the keyboard itself.

that said it does just sound like a bad keyboard replacement since the old one was working until alcohol got on it. you could also try the original after letting it dry for a few days as if you were using 99% isopropyl alcohol it would probably just need dried out first.

I'm thinking its more to do with the software as some keys actually work. I'm currently using a Bluetooth keyboard. I'm not sure what kind of software issue im up against :(

if a USB keyboard works then it is very unlikely to be software. also the fact that it was working before old one got damaged and needed to be replaced. most likely you got a defective keyboard or one that isn't properly compatible.

though I'm not used to using keyboards from different languages myself so I'm inexperienced in that regard but it sounds more like an issue with the keyboard replacement. you could also try and reconnect the keyboard connector, on some of these machines they can be pretty difficult to insert properly. if you can tug on it gently and it comes out without unlatching then or it looks at all crooked it may just need reseated