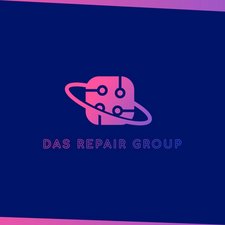 So I acquired this Mac in our shop. At first it would turn on load into the OS and then after a couples mins the screen will shut off but the unit would remain on. I was not able to reload it. The same thing would happen during the OS reload.

After a couple days it stopped turning on in general. I opened the unit up and reset the battery. Works fine I was able to reload it and have no issues.

Problem is now after using the computer for 30 mins to an hour it freezes. Crashes and then has the blinking folder icon. After mac diagnostics I got an error code NDC001 which is for the camera apparently. I’m wondering if anyone has had a similar isse or can further me towards a better method for diagnostics on the unit?

I did not see any clear liquid damage or corrosion on the unit. It looks mint on the inside

I just had no camera but mac running normally. After trying all the usual fixes I did a diagnostic to find a NDC001 camera error. any advice on fixing if just the camera?

Did you get the answer to this. I get this code after changing the panels on macbook pro screens (yes the panels, the black lcd only, difficult but it can be done, cheaper than changing the whole lid complete)

Anyway I get this code NDC001 on every macbook I put this repaired screen on. Camera is not damaged behind screen as I have checked. I think it maybe something to do with the part numbers of the screens ie A1706 and A1708 they look the same panel but perhaps not the same when fitting and get camera error.

@Alan Jones I get the same NDC001 on a A1708 when I change the whole display. Then I place back the original still get the error.

I also have a A2289 it doesn't have the NDC001 error but the camera was working now it doesn't.

Did you resolve the issue?

It does sound like you may have multiple issues here. Lets first address the camera error NDC001 often times the connection on the logic board gets messed up either not fully inserted or corrosion. Referencing this guide MacBook Pro 13" Retina Display Early 2015 Logic Board Replacement jump down to Step 11 to make sure the logic board area is clean and the connector is making good contact.

I suspect what maybe an issue here is someone did have a spill but it didn’t seep to the bottom side of the logic board which is what you normally see after taking the bottom cover off. You’ll really do need to fully remove it to inspect the other side.

ill get to it tomorrow and ill comment back

Hi Das Repair and Tod, did you manage to fix the problem with the iSight camera?