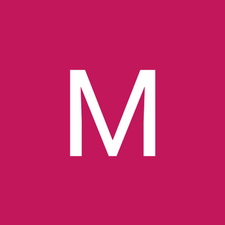 I have just pulled a iphone 5c out of a old drawer and first, I attached the display loosely (not clipped in) and I got the phone to boot up. The touch was unresponsive but i thought that was because of the bad panel. After a few days just before ordering a replacement display, i tried the same test but it doesn’t register in finder on mac or make any noises while being plugged in to charge. This time i pulled the panell off and may have broken it in the removal process but only the panel and not any of the connectors. The only thing that i think may have caused this is that i was unscrewing and rescrewing screws because i wanted to take it apart (only superficially brackets) and in the process i lost some screws and maybe put the screws in the wrong holes. Does anyone reccomend me to buy another screen with home button and camera and try to restore the phone? does another home and camera even function on the 5C or will it get restricted by apple?

So, I unscrewed all the screw and just plugged everything in. This time, nothing on the screen, but some heat from where the display connectors are. What could this mean?

First off, the PCB is likely to be the cause in this, the connector(s) on the board itself sounds bad, and second off the camera would work and so would the home button unless you have a china model

You COULD try to get a new digitizer and home button and camera, but most likely, i would advise you to buy a new pcb then move from there... its not only easy to replace but is a guaranteed fix

Is they any test i can do to find the faulty component? How would you check the logic b to be the bad part?

It also can be that a long screw that you have placed at the wrong spot has damage the locig board. Google for “long screw damage” for more info.

So, I unscrewed all the screw and just plugged everything in. This time, nothing on the screen, but some heat from where the display connectors are. What could this mean?

If you have long screw damage, there are small electric trace on the logic board that is already damage and you need someone who has skills to micro solder.

Google for long screw damage on iPhone, so you can see what can be damage on logic board.