Vertical lines on screen after replacement, what is broken? 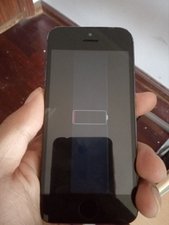 After replacing the screen, I’ve been getting these vertical lines whenever it’s turned on. As you can see from the image, these lines are not random. They go directly through the sides of any light object that appears on the screen. This effect is not as noticeable with other colors, but it still happens. This also only happens a few seconds after the screen is unlocked. I thought the connectors were not properly seated, so I have tried numerous times to connect them again, but the results were the same. I have also tried to clean them, but that did nothing.

I was careful when I replaced the screen, I don’t think I have damaged the cables or the connectors of the new screen. Is it possible that the replacement screen itself is defective? It’s from ifixit, so I doubt it, but is it still a possibility?

The LCD is faulty. To fix it, you’ll need another new screen. I’ve never seen water damage do that.