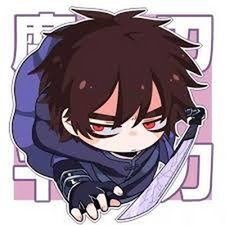 The iphone 6s says unable to activate touch id, the touch id is gray out in the pass code page. All the components are OEM. The home button works fine. I use 3u tools to read the phone, it is not detecting the finger sensor module (shows empty).

However, I took the home button from another 6s, 3u tool is able to reads the fingerprint module fine. So the port works. The touch id is not working but the option is not gray out. Now, putting this “empty”/ non working home button repeat the process on the other working 6s. The phone is able to read the module which is the exactly matching the serial for the non-working 6s [although touch id will not work but the option is not gray out ]. I also try to just swap the two screens directly, same result, home button works, touch id not working but reads the fingerprint module of each other’s phone.

So, I think the home button and the finger print sensor are working. All the parts are original Apple OEM but I do not know why the 6s won’t read its own finger sensor??? Is there a way to pair the module again ???

Thank you and stay safe!

The iPhone finger scanner are two separate systems, it is the touch id that is broken but you will need to replace the whole home button module