The power cord touched the edge of the motherboard

After changing the thermal paste in my Playstation 3 Slim (CECH-3004B), I probably didn't place the 2-pin power supply cable (connecting the PSU with the outlet) well and the insulation on it was slowly damaged. It probably touched the edge of the motherboard.

Now, after turning the PS3 on, it takes around 30 seconds until it even begins to boot (the LED is green, but the fan starts to spin only after 30 seconds). The display only works through the composite cable. If the HDMI is connected, it makes a static beeping sound (through the composite signal). Sound from the menu/games doesn't work at all. But otherwise it does work, reads discs and games can be played.

Nothing visible seems to be damaged on the motherboard.

Do you think there is something that can be done about it (other than swapping the whole motherboard)?

Thank you in case of a reply. 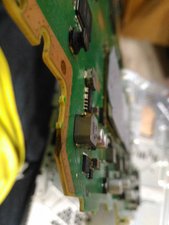 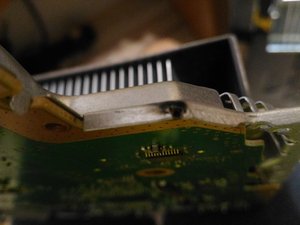 Post some GOOD clear pictures of both sides of your motherboard with your QUESTION.