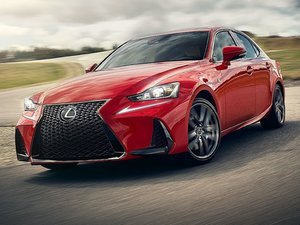 The Lexus IS is a compact executive car sold by Lexus since 1999. The IS was originally sold under the Toyota Altezza nameplate in Japan from 1998.

I try this: 1. I disconnect the air fuel sensor before cat and drove the car and just one code came up P0051 (Why just this one and not the P0420)

I will appreciate all your help…

These newer cars are super sensitive about the performance of the cats, and O2 sensors. Did you use OEM Toyota cats and sensors, or aftermarket ones?

If you didn’t use the Toyota OEM parts, then it’s usually due to the replacements not playing nice with the car. You really need OEM sensors and cats on the newer cars, sadly. It was fine 10+ years ago when the computers weren’t as touchy, but not anymore. You can put aftermakets on 90’s-early 2000’s cars no problem* because the ECU isn’t as sesitive to the expected range being off.

*Or if you’re in a no inspection state, it will have a permanent P0420, especially when the car is 10+ years old and the cats are expensive :P.

This is new enough it might be touchy about it, but possibly old enough to be outside of the snowflake sensitivity range. Being a Lexus, it may be more sensitive about it then the Toyota tune, just based on the fact it’s a Lexus.

Try cleaning the MAF (mass airflow sensor) and/or install a cat o2 extender module that places the downstream o2 sensors farther away from the cats themselves.