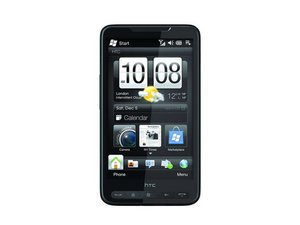 The HTC HD2 is a smartphone manufactured by HTC and running the Windows Mobile 6.5 operating system.

I disassembled my HD2 to replace a broken screen. During dis assembly, I irreversibly had to remove much of the kapton, mylar, and golden metallic tape (along with the device information label), along with the double-sided cloth-like tape that glues the screen to the middle plate (it has small holes on it, the black tape, not the gray conductive fabric).

Once I assembled the device, the screen would freeze, so I assumed the problem would be possibly electrical shorting somewhere (given the extremely high amount of electrical shielding tape on this device). Trying to get the device working, I ended up removing every single surface that had some glue to it, then I tested the device. After using my own double sided tape to assemble the device (a simple green-glue type of double sided tape) and trying to place plastic shielding around all the metallic surfaces, the phone still freezes when there is any amount of flexing in the body. The screen will just freeze where it's currently at and the system itself stops (confirmed by connecting to computer, the device was unrecognized, opposed to what would happen if it were working properly).

I ordered some kapton tape on e-bay and tried to follow the HTC re-assembly videos, but they omit a lot of the shielding that the device really has (like the metallic side shielding on the sides of the screen/middle plate assembly).

Is there any recommendation of which parts of the device could cause shorting or any other solution (like spray-coating any/all surfaces with any sort of insulating material?).

All the metallic tape you removed is sort of important. It might be a situation unsolvable. That metal tape you described provides different purposes depending on where it is and how it's connected to main board. Most likely you are grounding out the unit when you flex it which is why it freezes.

Maybe you could find a broken one for parts on ebay or craigslist (or a local dealer) and go from there to try to replace as much of the various parts that you had to remove. At least that way you'd see where everything was and be able to carefully remove and replace it on yours.