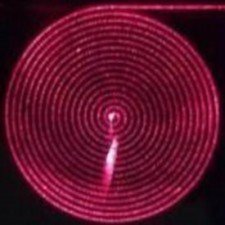 Both will constantly "blink" or "flicker" on and off

I have the same problem - I have 3 available old Cinema Displays, 2 available power supplies. Tried them all, and combos - none changed the issue at all.

Plugging them into a 2017 MacBook Pro with a Startech USB-C to DVI adapter.

Have switched out power bricks, displays (and associated cables since they're part of the display). I only have the one DVI adapter though.

Both will constantly "blink" or "flicker" on and off, at something like 2Hz (black then displays desktop then black & repeat).

Two of the two displays will show solid for 7 sec, then the display adjusts (all my windows shift by ~1 inch - maybe setting some resolution?) then starts the flickering.

Changing the resolution to "Scaled" in the SysPrefs/Displays panel doesn't appear to help either; flicker rate stays exactly the same, but resolution does change.

Any suggetstions to bring the displays back to life would be appreciated!

Demis John all three monitors show the same symptoms? Even when you switch the power adapter?

You may need to check your power source. Is your outlet properly wired? Are you using the same circuit to power your system and the displays? Do you use a Smart UPS, one that will correct sync and dropouts.