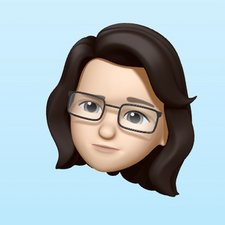 Laptop turns on only on charger, infinite reboot

I bought this laptop used a year ago, and like a month ago I started facing issues. Trackpad sometimes was not clicking, keyboard sometimes did not respond - it was because of trackpad flex cable, and I used to fix it by disassembling my laptop and moving that flex cable a little. I bought a replacement, and was disassembling my laptop almost each day while I was waiting for the delivery. However, one day I was doing that same thing again and after I assembled my laptop again it refused to boot. Pressing on a power button did nothing, connecting MagSafe however turned my laptop on, only to reboot half-way through the loading bar. One more thing - as soon as I disconnect a MagSafe charger laptop shuts down instantly. I tried:

I don’t have money for a new laptop right now (though I already started saving). Is it logic board fault? I fixed a lot of stuff before and never experienced something like that. Google said that this laptop should boot without connected battery, and mine certainly doesn’t want to do boot without one. However, IMO that still looks like a battery issue - my battery is pretty worn out (not bulging though), but it was working before that disassembly. Only reason why I haven’t bought a replacement battery yet is it’s price - I don’t want to throw away that much money in case replacing battery won’t solve my problem.

TLDR: laptop used to work, after another disassembly refuses to boot on power button, boots only when charger is connected, only to enter infinite reboot loop. Disconnecting charger results in immediate shutdown.

Sorry for bad (maybe) English, this is not my native language and I’m writing this while still thinking what to do now. I hope someone would be able to help me. Thanks in advance!

That was an issue indeed - battery replacement solved this problem, and now that I've already replaced trackpad flex cable this laptop works without any issues (not that I've done much testing - right now I'm calibrating new battery). And to clarify, as I wasn't able to find certain answer for that online - MacBook Pro Retina 13" (Early 2015) refuses to boot if no battery is connected, so it won't boot at all without properly working battery.

@artemrisovach - It will but there's a trick! After you disconnect (remove the battery) you need to press the power button th fully discharge the logic board before you plug in the MagSafe charger (not the battery). Even still don't expect to do anything in this state! The SMC logic is in CPU Safe Mode which ramps up the fan and lowers the CPU's clocking.

@danj I tried to do that this way - disconnected the battery, pressed power button for 10-15 seconds, connected MagSafe while still pressing power button and kept it pressed for another 10-15 seconds. Laptop still refused to boot. Maybe I'll try that later, but not right now - I don't want to mess around with components when everything is working. Anyway - thank you!