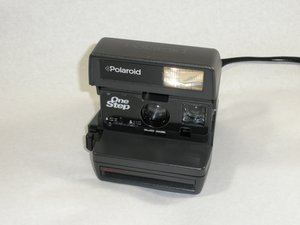 The Polaroid One-Step 600 Camera takes and develops its own pictures. It features an automatic flash as well as a special lens for close up photos.

Where can I buy a battery?

i got a used polaroid 600 onestep camera but it didn;t come with a battery. where can i buy one?

By Craig A. Bratcher

This review is from: Polaroid One-Step 600 Instant Camera (Camera)

There is still stock left, perhaps a year's supply on the market, but after that- it's GONE forever. Polaroid stopped making the film months ago. Apparently, in rsponse to the fact that their patent expired, so Fuji is selling their Instax instant cameras, which are MUCH higher quality and better film resolution. I guess Polaroid rightfully decided they couldn't compete, so they threw in the towel. The fact they are still selling the cameras is dubious indeed.

+mayer. Absolutely right. The film is still available, but very expensive and not plentiful. Check on here http://www.amazon.com/s/?ie=UTF8&keyword... as well as this project on here http://photojojo.com/store/awesomeness/p...

You can buy film from the Impossible Project, that's where I get mine for my Polaroid from 1983, when I use it

Throwing away my camera .

@Erin Carkeek why now? What exact model camera is this?