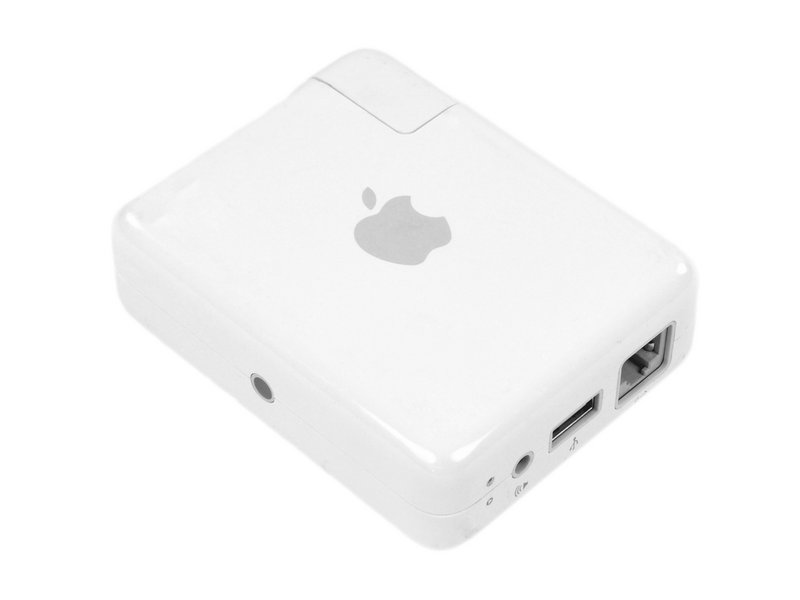 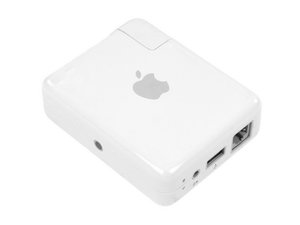 Updated in March 2008 with 802.11n Wi-Fi support, the AirPort Express A1264 is a compact and portable wireless network device.

The Apple AirPort Express is a small device that you can use to create a Wi-Fi network or extend an existing network. The model A1264—released in 2008—is a revision to the first-generation AirPort Express expressed earlier in 2004. It is also known as the “AirPort Express 802.11n (First Generation)” because this model was the first in the line to add support for 802.11n Wi-Fi networking. This upgrade allows you to use either a 2.4 GHz network or a 5 GHz network (but not both at the same time because that feature only arrived in 2012).

The model A1264 AirPort Express is made from white plastic with ports located on the side. You can identify the AirPort by looking for the model number A1264 printed in grey letters on the side of the case. In terms of size, the device is slightly larger and thicker than a deck of cards. It can be plugged directly into a power socket using the retractable power prongs on the side of the device (this part of the device is detachable so you can use international prongs instead). The design is very similar to Apple’s laptop charger bricks from the time.

The AirPort Express has two Ethernet ports and a USB port for sharing printers on the wireless network. It also has a 3.5 mm audio output jack which you can connect to a speaker or amplifier. With this setup, you can use AirPlay to send music to the AirPort Express which will be played on the external speaker. The 3.5 mm jack also doubles as a miniature digital optical audio output, so you can connect the AirPort to a digital amplifier with a fiber cable as well.

The AirPort Express is configured with Apple’s Airport Utility software. This utility is available in a Mac version and a Windows version.

iFixit Blog: How to fix your AirPort Express Base Station