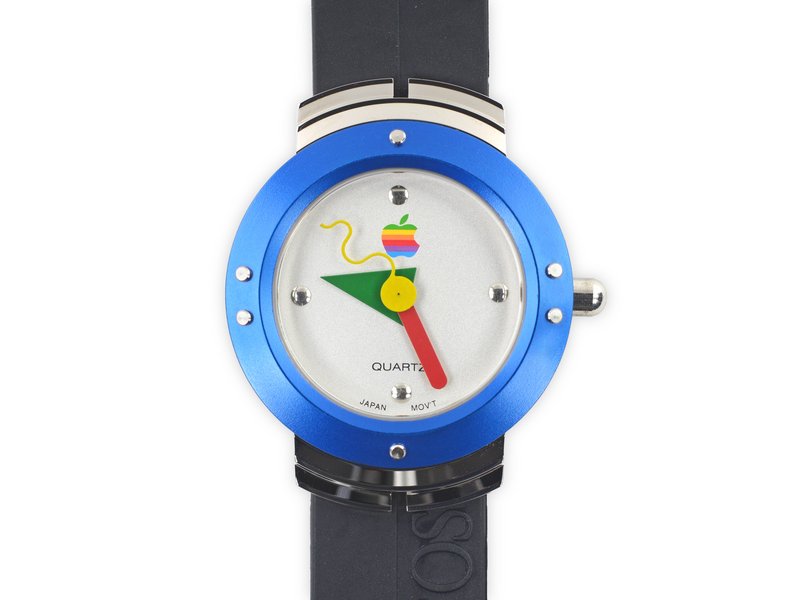 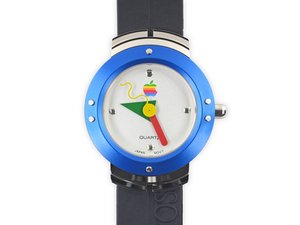 Quartz analog wristwatch given as a promo for purchasing System 7.5 in 1995 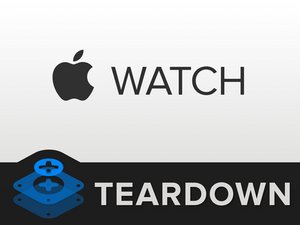 The Apple Analog Watch is a MacOS-themed watch that Apple used as part of a promotion of their System 7.5 operating system in 1995. As you can see in this MacRumors article, Apple offered users who upgraded to System 7.5 a free gift: the could choose either the Apple Analog Watch or a piece of software called Conflict Catcher for the Macintosh (retail price of $99.95). Since not many of these Apple Analog Watches were manufactured and given away, they can be quite pricey to buy nowadays. For example, at the time of writing—September 2020—one of these watches is up for sale on eBay for around $960.

iFixit posted a teardown of this analog watch on April Fool’s Day 2015 in anticipation for the release of the more modern Apple Watch just 23 days later. In a surprising twist, the watch is actually quite repairable, earning a 9/10 score from the teardown team. It uses standard screws and has a replaceable AG4 battery cell to power its simple electronics. You can also swap out the wristband if need be, but I’m not sure if I would want to abandon the cool “MacOS” branded strap.

The front of the Apple Analog Watch has a bright blue aluminum ring surrounding the white watch face. Three uniquely-shaped hands behind a small pane of glass keep track of the time in hours, minutes, and seconds. The multicolor Apple logo is printed on the watch face along with the word “Quartz,” which hints at the mechanism that makes this watch tick. As explained in the teardown and this YouTube video by Steve Mould, the watch has a small crystal inside that oscillates 32,768 times a second. A microprocessor nearby counts each oscillation up to 32,768 and then resets, triggering a small motor to rotate the second hand once per second.

How a quartz watch works by Steve Mould on YouTube