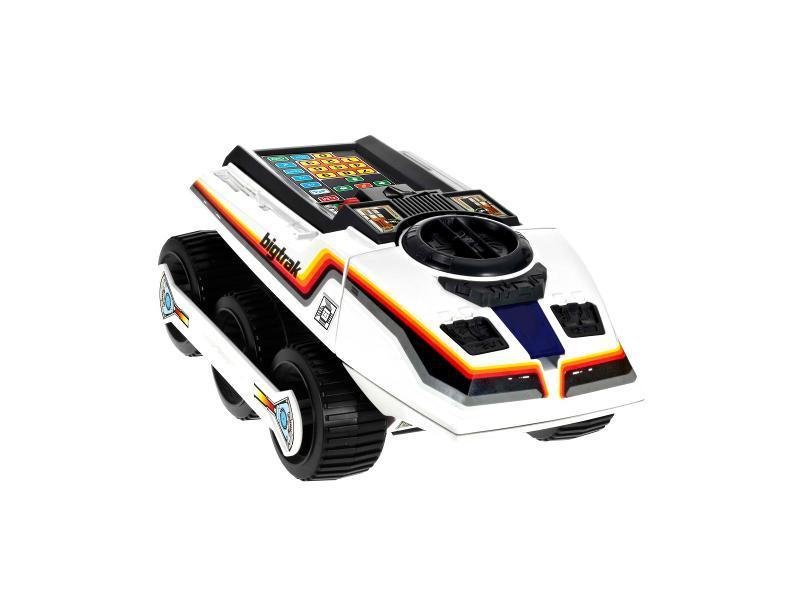 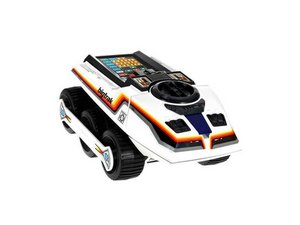 It was a six-wheeled tank with a front-mounted blue photon beam headlamp, and a keypad on top.

BIG TRAK / bigtrak is a programmable electric vehicle created by Milton Bradley in 1979.[1] The original Big Trak was a six-wheeled (two-wheel drive) tank with a front-mounted blue "photon beam" headlamp, and a keypad on top.

The toy could remember up to 16 commands, which it then executes in sequence, such as "go forward 5 lengths", "pause", "turn 15 minutes right (90 Degrees)", "fire phaser" and so on.

There is also a "repeat" instruction allowing simple loop to be performed, but the language is not Turing complete, lacking branching instructions; the Big Trak also lacks any sort of sensor input other than the wheel sensors.

All programming to BigTrak was done through the keypad. There were no LED displays or ways to display program instructions, beyond actually running the program, which was done by pressing "GO". Other function keys included: