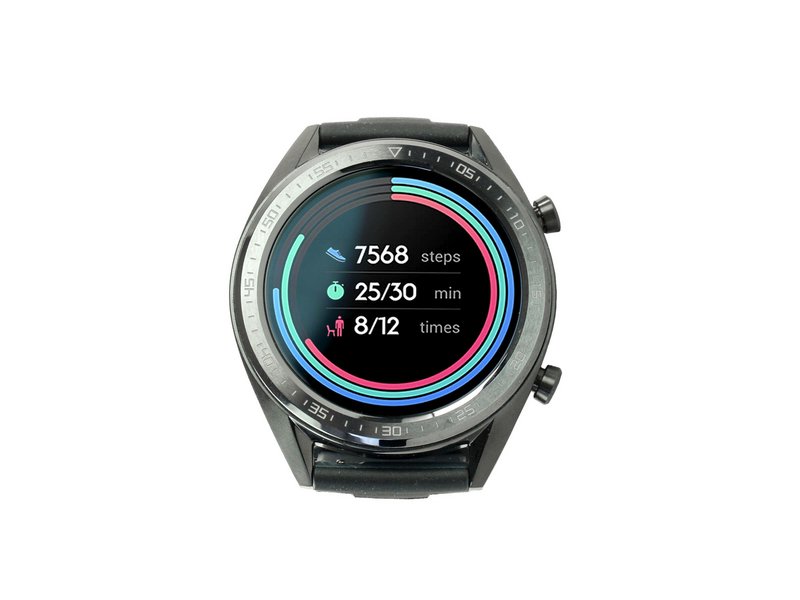 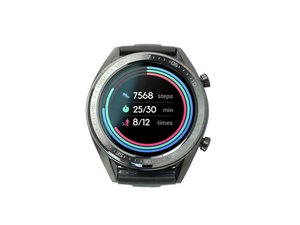 The Huawei Watch GT is a long-battery-life outdoor smartwatch, which features GPS, TruSleep, monitoring and TruScreen technology. Released in 2018. The 42 mm and 46 mm options share the same model number FTN-B19.

How to open the Huawei Watch GT

Developed by Huawei, the GT Watch was originally released in 2018 in the UK. Unlike its predecessors, the GT watch no longer used the Android Wear operating system. Instead, Huawei used its own software, the LightOS, which was surprising, given the past success of Huawei’s watches running on Android Wear.

By trimming back on software, Huawei was able to increase GT’s battery life. Since the introduction of the GT, Huawei has also released the GT 2 that comes with underwater heart rate tracking and changes in design.

The Huawei Watch GT comes in two variations, the Sport and the Classic. Usually, stores do not distinguish between the two variants. However, the two watches can be distinguished by their appearance. The Sport has a black body while the Classic has a silver body.

Thin and lightweight, the GT has a full-color display and is similar to the Huawei Watch 2, although the GT is slimmer. On the right-hand side of the watch, there are two buttons that allow navigation through the watch’s interface when the touchscreen is not in use. The top button turns on the watch and returns the user back to the home screen. Then, the lower button is for the user to design personal shortcuts.

Huawei’s use of its own software limits the watches capabilities compared to more comprehensive smartwatch operating systems. Accordingly, there is no support for third party apps.

The GT watch is great as a fitness-focused device that looks good on the wrist. However, it is not a watch for people who want access to many useful apps and notifications through their watch.