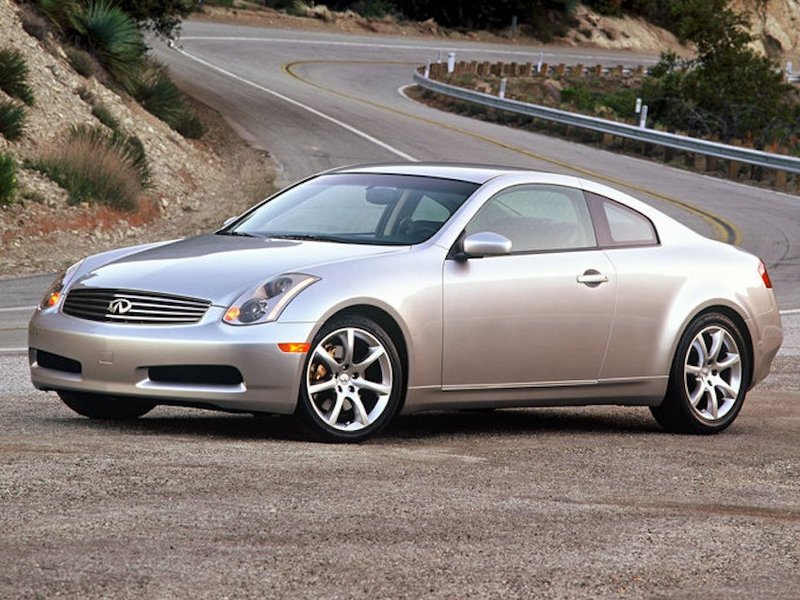 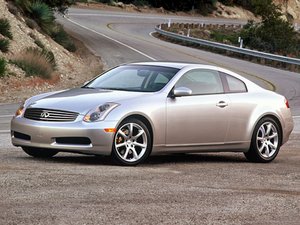 The Infiniti G-series is a line of compact executive/entry-level luxury sports cars produced by the Infiniti division of Nissan for the 1991–1996 and 1999–present model years.

The Infiniti G-Series is a line of compact executive cars produced by Infiniti. Founded in 1989, Infiniti is the luxury vehicle division of the Japanese automaker Nissan. The company is headquartered in Hong Kong and has over 230 dealers in over 15 countries. Nissan Motor Company Ltd., usually shortened to Nissan, is a multinational automaker headquartered in Japan.

The G-Series was produced between 1991 and 1996, and then between 1999 and 2016. The first two generations of the Infiniti G were based on the Nissan Primera, a large family car sold as a sedan. Starting in its third generation, the Infiniti G vehicles have been sold as rebadged versions of the Nissan Skyline series of coupes and sedans. The fourth-generation Infiniti G was also sold as a hardtop coupe convertible. The Infiniti G series was sold with either a front-engine, rear-wheel-drive layout or a front-engine, four-wheel-drive layout.

Beginning in May 2013, all Infiniti passenger cars were designated by the letter “Q,” while the sport-utility model names begin with the letters “QX.” Infiniti G vehicles include their model name or number on the right-hand side of the car’s rear end. Infiniti vehicles typically include the Infiniti emblem, which features the name “Infiniti” in capital letters underneath an oval with two lines leading up to a horizon. The emblem pays homage to Mount Fuji, Japan’s famous mountain.