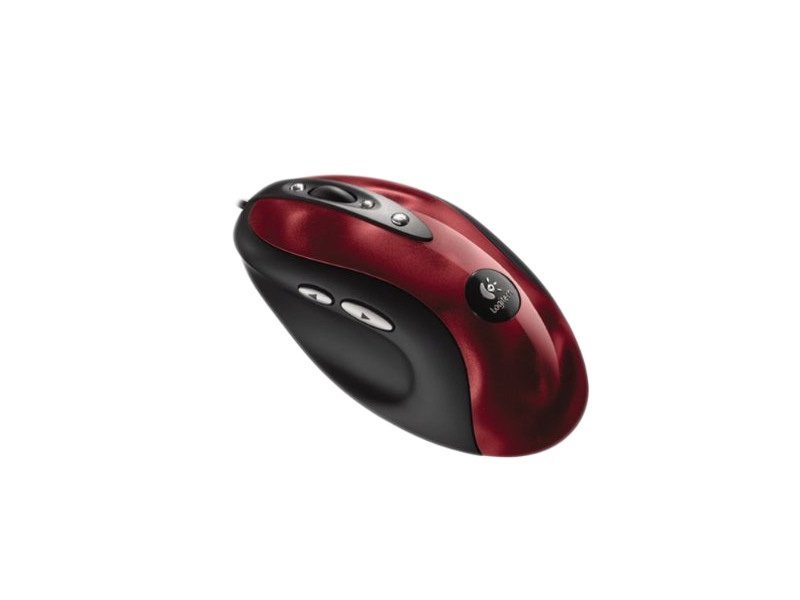 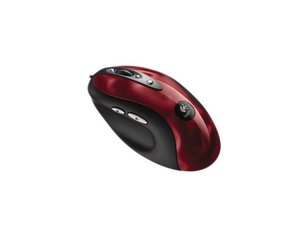 Released in 2004, the Logitech MX510 is an optical gaming mouse. It has a USB cable for connecting to your computer and uses an MX optical sensor on the bottom for tracking movement.

The MX510 is an optical mouse released by Logitech in 2004. It is a modified version of its predecessor, the MX500, designed and marketed specifically for gaming. On the left side, it has two buttons that generally act as back/forward buttons in a web browser or programmable buttons in a video game. You can press down on the scroll wheel to activate a “middle click” button. Additionally, three buttons above and below the scroll wheel can be mapped to specific actions.

The sides of the device are made from molded black plastic while the top is glossy and dimpled to contour to your hand. This top part comes in a variety of colors including red and blue. The overall shape of the mouse is designed for right-handed people. Sorry lefties!

The MX510 connects to a computer via a USB cable that comes out of the front of the device. On the bottom side, the mouse has feet that allow it to slide smoothly across a surface and an optical sensor that it uses for tracking movement. You can identify the mouse by looking here on the bottom for a Logitech logo and the model name “MX510.” Don’t confuse this mouse with the similarly named M510; that’s a wireless mouse released by Logitech much later in 2010.