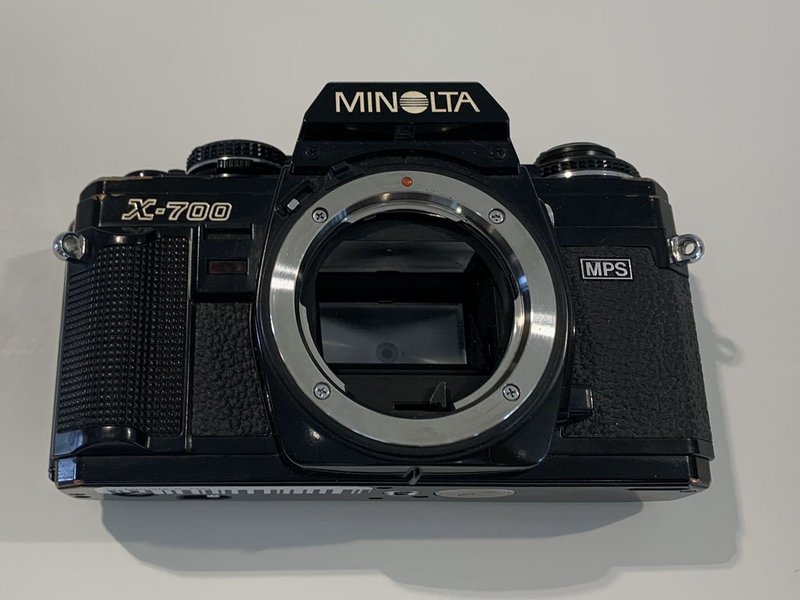 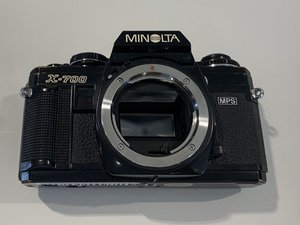 The Minolta X-700 is a film camera introduced by Minolta. we offer information on how to replace battery, shutter, light seal, capacitor.

In 1981, the X-700 was once the “Camera of the Year”. Its relatively low price resulted in its popularity among all Minolta cameras. In 1985 Minolta put their first autofocus cameras into the market with the Maxxum / Alpha / Dynax series of cameras. Some internal components of the X-700 were improved routinely over its long 18-year production run. For example, the shutter capacitor which on early models was provided by tantalum. Then, because of the increasing costs of tantalum, Minolta changed to use cheaper materials which had a negative influence on stopping the shutter from firing. The action also affected other X- series cameras, however, the capacitor is easily replaced. Minolta is one of the first major 35mm SLR manufacturers to outsource the assembly of its cameras to places outside Japan. They placed the production of their X-300 in China in 1990. In 1999, after 18 years in production, the X-700 was ended.