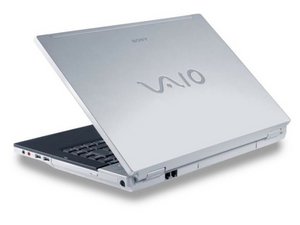 The Sony VAIO FZ series is a discontinued laptop model produced and sold by Sony in 2007.

The Sony VAIO FZ series is a discontinued laptop model produced and sold by Sony in 2007. The FZ series replaced the VAIO FE series and includes an Intel Core 2 Duo processor instead of a Core Duo CPU. Reviews criticized the FZ’s low-resolution 1280- by 800-pixel 15.4-inch display, poor battery life, and light (2.7 kg) weight. It was praised for its display quality and built-in Blu-ray drives on the higher-end models.

The Sony VAIO FZ series features an Nvidia 8000 Series graphics processing unit (GPU), which tends to suffer from failures. Sony became aware of this fault with the GPU and extended the warranty of affected notebooks to four years to cover the replacement of faulty units. The FZ series was replaced by the Sony VAIO FW series, which features larger 16.4-inch displays.

Sony VAIO laptops include the name “VAIO” in a stylized font that blends the letters ‘V’ and ‘A’ into one letter with the horizontal line across the ‘A’ stylized as a dot.