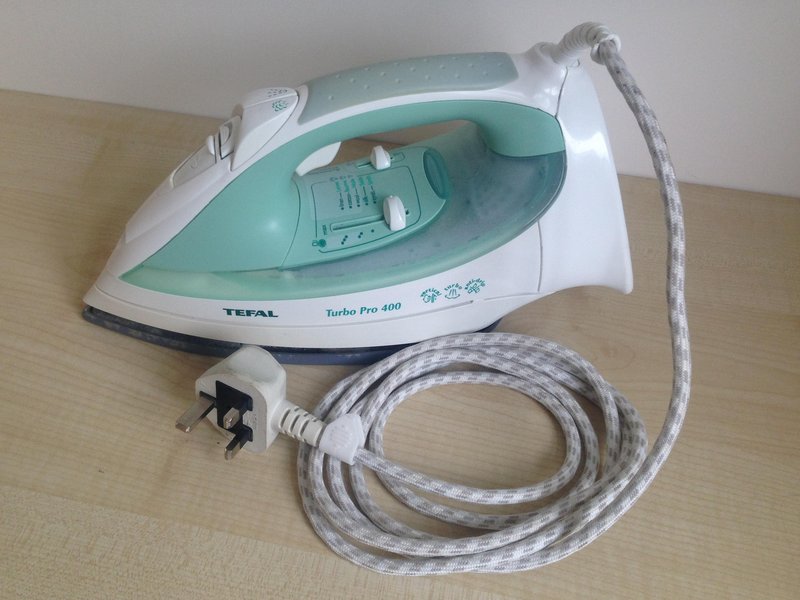 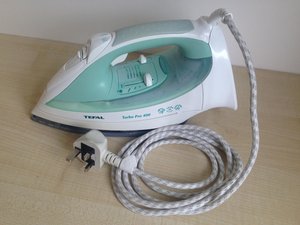 Repair guides and support for the steam iron manufactured by Tefal.

The Tefal 2710 Turbo Pro 400 is a steam iron produced by Tefal, a French cookware and small appliance manufacturer. Tefal is owned by Groupe SEB, which is the world’s largest manufacturer of cookware. In some countries, including the United States, Tefal is sometimes marketed as T-Fal. The company is known for creating the non-stick cookware category and for producing frying equipment with less fat and oils. Tefal also produces linen care products such as steam irons and garment steamers.

A clothing iron is named for the metal of which the device is commonly made, and the use of it is generally called ironing. Ironing works by loosening the ties between the long chains of molecules that exist in polymer fiber materials. With the heat and the weight of the ironing plate, the fibers are stretched and the fabric maintains its new shape when cool. Some materials, such as cotton, require the use of water to loosen the intermolecular bonds.

The Tefal Turbo Pro 400 Steam Iron includes a drip-stop and an anti-lime feature. The steam iron includes an electrical cord but does not have a cork handle. The steam iron includes the name “Tefal” in capital letters across the side of the device. The name “Turbo Pro 400” is printed next to the brand name. The Tefal Turbo Pro 400 Steam Iron generally includes a transparent blue/green-colored plastic piece on the main body of the iron. The words on the iron are printed in a similar blue/green color as the transparent plastic piece.