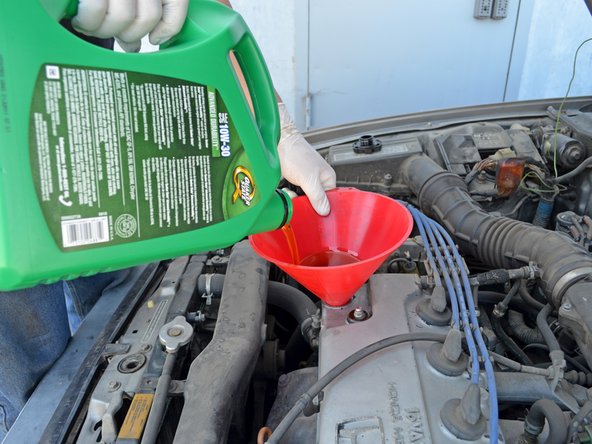 Change the oil in your '88-'91 Honda Civic to improve engine performance and longevity.

Don't forget to push in the anti drainback valve from the holes on the outer perimeter because there will still be oil trapped in there. Use a toothpick or something to open up each hole while holding the filter upside down to get more oil out of the filter.

That was a pretty darn specific description of how to change oil but if you need a diagram like that to change your oil get the !&&* out from under the hood you shouldn't be there LOL

Nothing wrong with extra description ; you never know, someone might know the process generally but the specific detail in a certain step might teach them something they didn’t know before.