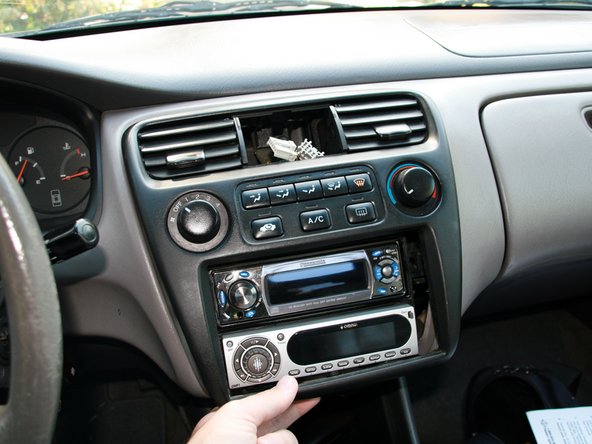 This guide is applicable for any Accord made between 1998 and 2002.

Excellent Instructions. Toughest part is prying off the panel once you remove the screws and clock. The power connectors to the controls, (Hazards, Clock, Climate Control) can be a little tough too, wiggling helped.

My car radio is deactivated