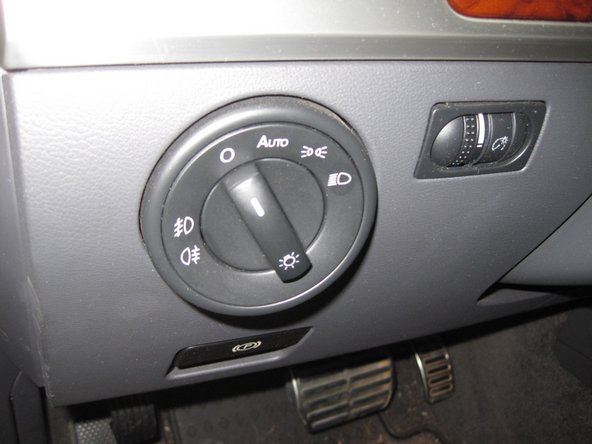 Many places tell you about problems you'll have when installing the European Headlight switch with respect to the US Touareg complaining about the rear fog light not being there. Alternatives to prevent this are to install the rear fog light (about a 2 hour job according to some folks that have completed the installation) or bending pin 7 over on the headlight switch (thus preventing you from ever using it for rear fog light operation). I'm offering a solution between the two.

My solution...open up the headlight switch wiring harness and safely remove the connection inside the plug, tie the wire out of the way, and accomplish the same thing as bending pin 7 on the switch itself, but instead not rendering it useless for future rear fog installations (and increasing resale value of the switch should you ever sell it when you part ways with your Touareg).

Does this allow you to have the lights off, and not always on.

Hi. Which pin is for front fog light? My Touareg wasn’t fitted with front fog light and i need to retrofit them but can’t find the wiring diagram for this light switch. I have European edition of Touareg. Thank you !