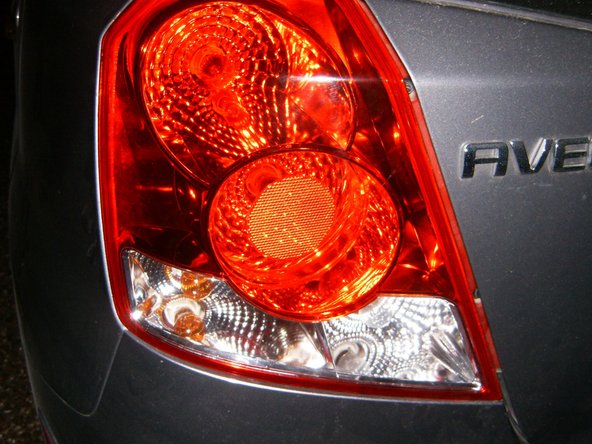 Here it is o'dark thirty and mother in law got pulled over by the local sheriff for a broken indicator. Nice Guy, let her off with a warning. She wants it changed NOW. The large tail light assemblies on the Aveo contains the brake and parking lights, turn signal and the back up lights.

This was a great help thank you!!