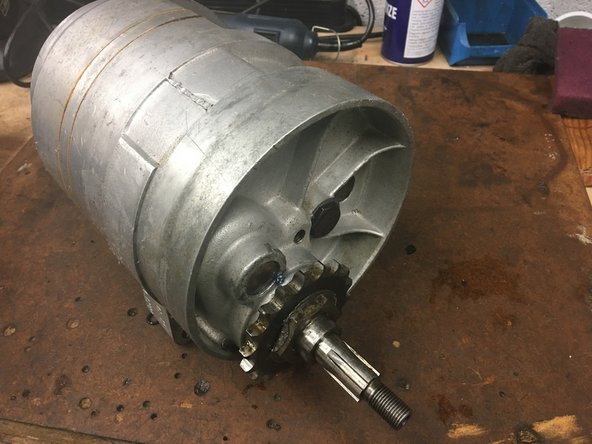 You will need a decent set of tools and plenty of patience. Note that parts for Lightweight gearboxes can be very tricky to find. Although they were made in large numbers, there are lots of subtle variations that can make finding the correct part quite difficult. If you get stuck, remember that the Norton Lightweight shares some of the gearbox internals and these can be a useful source of parts.

Congratulations. Your gearbox overhaul is complete!

Refitting is the reverse of removal, not forgetting to refill the gearbox with 3 pints of SAE 50 oil.

Congratulations. Your gearbox overhaul is complete!

Refitting is the reverse of removal, not forgetting to refill the gearbox with 3 pints of SAE 50 oil.

Good job Paul, thanks for the guide.

Afternoon, I was wondering if you could help please. I’ve recently acquired an AJS model 14 and I have an issue, when I kick it over there’s no engagement at all, kickstart goes down with no resistance other than what’s in the spring, engine doesn’t turn over, and is the same when I try to select any gear, nothing, any pointers that could help please??

Hi Chris, you need to take off the primary drive cover (left hand side) and have a look. It could be clutch slip or a number of other things. If you have Facebook, probably best to ask a question in the AJS & Matchless lightweight singles owners group. Good luck!

Thanks very much Paul !