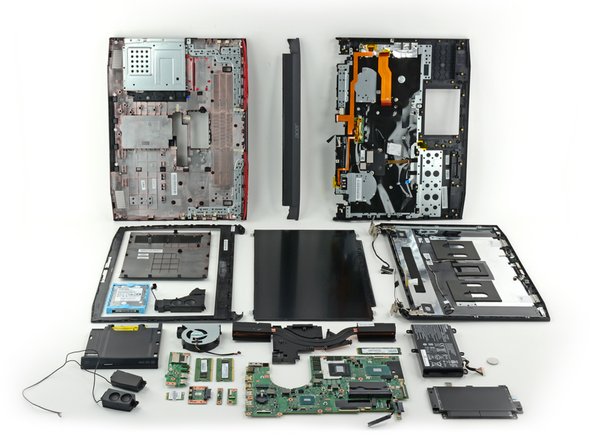 Acer's Predator 17.3" is a high-end gaming laptop with a hefty spec sheet and an equally hefty price tag. Luckily, it has a modular design and is easy to disassemble, earning an 8 on our repairability scale.

is it the same in predator 15'6??.. my lcd display is broken.. can i removed it without diassembling other parts??.. or do i need to remove all and follow the steps before i can pull out the lcd??. thanks..

I currently own this laptop and have experienced a buzzing noise in my left speaker when it reaches an internal temp threshold when using it. This guide confirmed that the speakers are detachable and not integrated on the board itself and I was better able to find a place that has replacements. I am hoping they work to fix it, but this guide was a huge help with that.

Excellent description and looks very straighforward. The problem I have is sourcing a new motherboard and other components. Any suggestions would be welcomed.