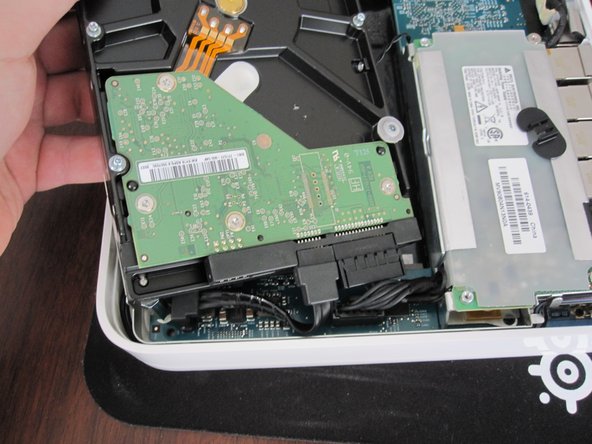 Use this guide to replace the hard drive in your Apple Time Capsule Model A1302.

Worked like a charm! Instructions were very thorough. Thank you

I dislodged the fan connector from the logic board. How can I go about fixing this? Can I just solder the connector back onto the board? Thanks

Success! I would get a flash of a green light after a factory reset then the flashing amber followed by a solid amber. No wifi signal or HD. Put my ear to the unit and heard the click of death. New hard drive per above and I was back up and running in 20 minutes.

I successfully took mine apart in order to harvest the hard drive (Apple told me that the unit as a whole wasn't fixable, but that the drive should be good).

However, I got to the point of trying to remove the 4 metal spacers in Step 5 and I can't get them to budge one bit. I need them out in order to fit the drive in the enclosure I got for it, and they just won't move. I've tried a couple different Phillips #00 screwdrivers on them, and no joy.

Any suggestions? Alternatively, anyone know of an enclosure that would work for the drive that doesn't require me getting these spacers out? I hate trashing a perfectly good drive if I don't have to.