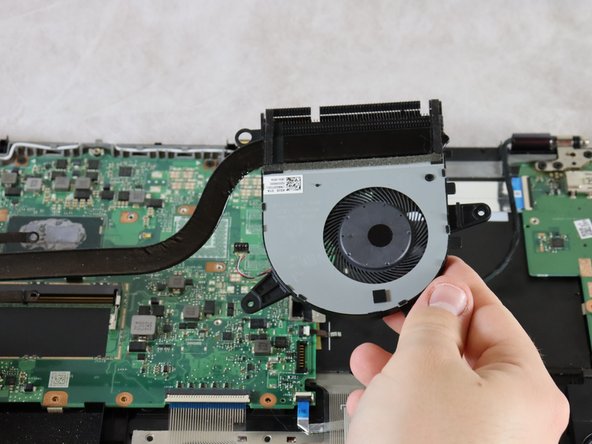 If your laptop frequently overheats, it may be time to clean or replace your fan. Access the Central Processing Unit (CPU) fan with this guide. If your fan is dusty, you may be able to used compressed air to clean it out and get it back into working order but either way, this guide will help you remove the fan from the device.

Since the battery and CPU fan share a screw in order to secure both components, you will need to remove both components in order to replace a faulty CPU fan. Careful attention must be made to correctly disconnect the difficult-to-access cord which runs along the side of the CPU fan.

Before beginning this repair, be sure to power off your laptop and disconnect from the power adapter.