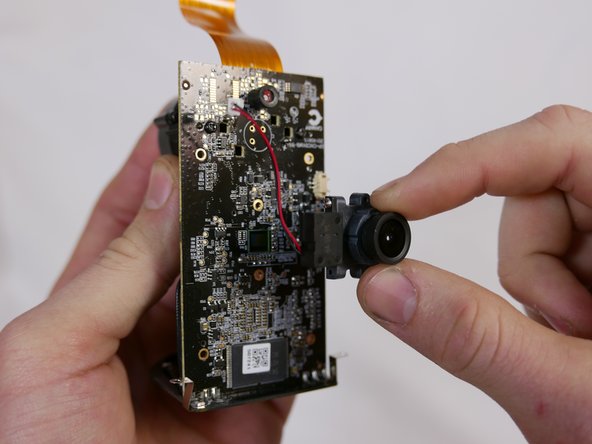 If your camera is malfunctioning, this guide will show you how to replace the camera lens.

After you have removed the infrared LED board, the only thing keeping the camera lens in is two screws on the opposite side of the motherboard. Remember not to let the lens drop as you remove the two screws.

A Phillips #0 screwdriver can be used for these two screws.