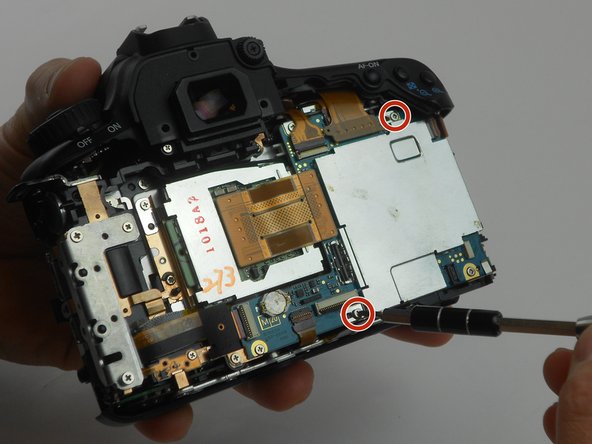 This guide will help you replace the motherboard of your camera.

Be sure to use a magnetic mat or container to hold small screws. Keeping your screws organized will help you return them to their designated holes during reassembly.

How do I go about programming a brand new motherboard? Can I do it from my computer?

I wanted to ask you a tip. When does the eos 600D no longer turn on where to act? I think the contacts do not touch the battery anymore. Then I have to disassemble the machine to check smd smegs "0". For the moment thank you. I hope to get my Canon back on. Greetings.

Dear Tyler, there is no need to remove the lcd, the camera can be easily repared by removing the back cover and than loosening the conectors and replacing the motherboard,there is no use in removing the lcd.