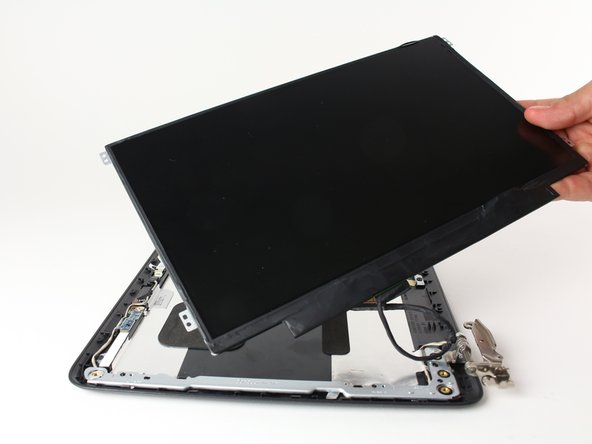 This guide shows how to replace the actual screen of your Chromebook. If you have an entire new display assembly (plastic case and such that make up the top of the laptop), you can adapt this guide and just remove the old display and replace it with the new one.

You don’t have to disconnect the display from the main body. Just be careful cause the plastic lcd bezel has strong adhesive and it is easy to crack the plastic bezel when separating it from the LCD panel.