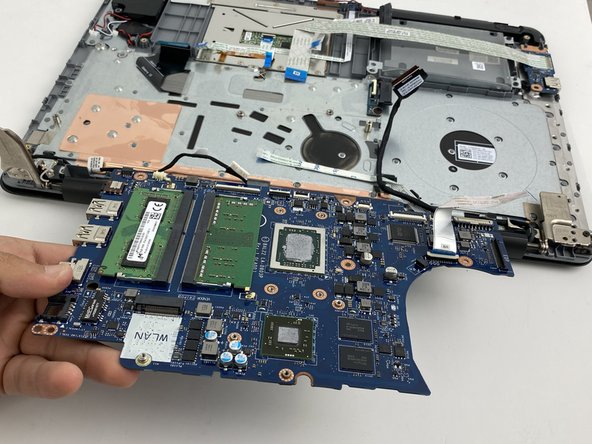 Furthermore, you have four other pre-requisites for other components you need to disassemble before the motherboard. It will make your job harder and take much longer to complete. To replace the motherboard of the Dell Inspiron 15-5567 using this guide, you’ll only need a Philips #0 screwdriver and the blue plastic opener tool.